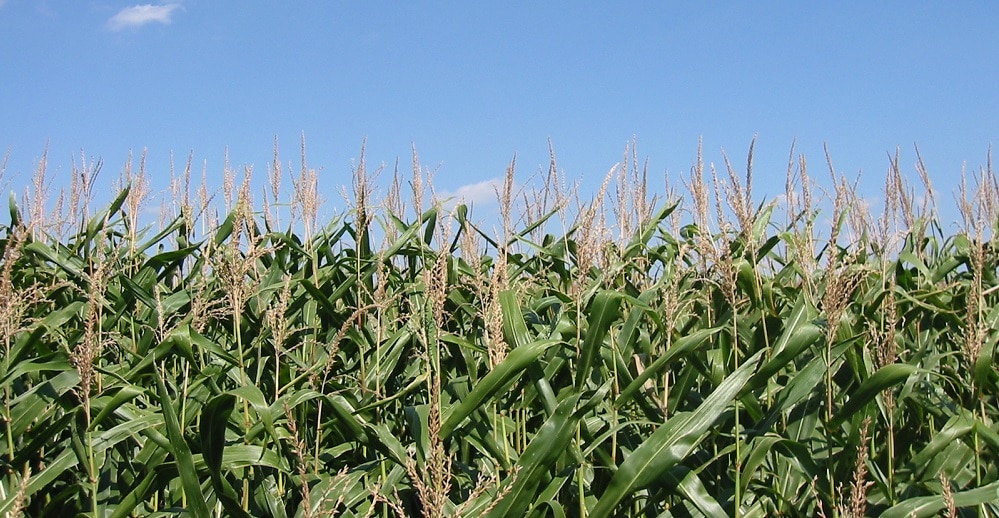 Five of our Favorite Poems
by Christina Rossetti

The earth was green, the sky was blue:
I saw and heard one sunny morn
A skylark hang between the two,
A singing speck above the corn;

A stage below, in gay accord,
White butterflies danced on the wing,
And still the singing skylark soared,
And silent sank and soared to sing.

The cornfield stretched a tender green
To right and left beside my walks;
I knew he had a nest unseen
Somewhere among the million stalks.

And as I paused to hear his song
While swift the sunny moments slid,
Perhaps his mate sat listening long,
And listened longer than I did.

Christina Rossetti (5 December 1830 – 29 December 1894) was an English poet who wrote various romantic, devotional, and children’s poems.  She wrote the words of two Christmas carols well known in the UK: “In the Bleak Midwinter”, later set to music by Gustav Holst and by Harold Darke, and “Love Came Down at Christmas”, set by Harold Darke and by other composers. Rossetti began writing down and dating her poems from 1842, most of which imitated her favored poets. In 1847 she began experimenting with verse forms such as sonnets, hymns and ballads, while drawing narratives from the Bible, folk tales and the lives of saints. Her early pieces often feature meditations on death and loss, in the Romantic tradition. She published her first two poems (“Death’s Chill Between”, “Heart’s Chill Between”) in the Athenaeum in 1848, when she was 18. Under the pseudonym “Ellen Alleyne” she contributed to the literary magazine, The Germ, published by the Pre-Raphaelites from January to April 1850 and edited by her brother William. This marked the beginning of her public career. Rossetti’s most famous collection, Goblin Market and Other Poems, appeared in 1862, when she was 31. It received widespread critical praise, establishing her as the foremost female poet of the time. Hopkins, Swinburne and Tennyson lauded her, and with the death of Elizabeth Barrett Browning in 1861 she was hailed as her natural successor.(via Wikipedia)