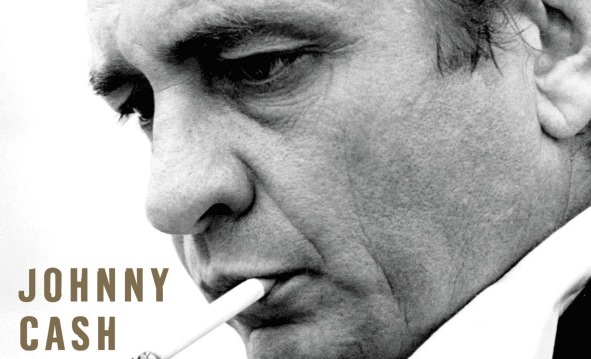 In honor of the prolific American singer / songwriter, here are some of the best Johnny Cash books — including both biographies and books by the songwriter.

Johnny Cash (February 26, 1932 – September 12, 2003) was an American singer, songwriter, musician, and actor.  Much of Cash’s music contained themes of sorrow, moral tribulation, and redemption, especially in the later stages of his career. He was known for his deep, calm bass-baritone voice, and the distinctive sound of his Tennessee Three backing band characterized by train-like chugging guitar rhythms. Cash is one of the best-selling music artists of all time, having sold more than 90 million records worldwide. His genre-spanning music embraced country, rock and roll, rockabilly, blues, folk, and gospel sounds. (via Wikipedia)

Counting down through the Top 10 Best Johnny Cash Books …

10. The Resurrection Of Johnny Cash: Hurt, Redemption, And American Recordings

“The Resurrection Of Johnny Cash” tells the story of perhaps the most remarkable turnaround in musical history. As well as acknowledging Cash’s drug, drink and religious travails in the fifties and sixties, the book digs much deeper, focusing on a lesser known but no less remarkable period of his life: the inglorious fall post-1970 and the almost biblical rebirth in his later years. Homing in on the ten-year period between 1986 and 1995, “The Resurrection Of Jonny Cash” tells in detail the story of Cash’s humiliating fall from grace and his unprecedented revival; his struggle with a cruel variety of illnesses; his ongoing battles with addiction; his search to find direction in his career; his eventual rebirth as both an artist and a man; and his hugely influential legacy.