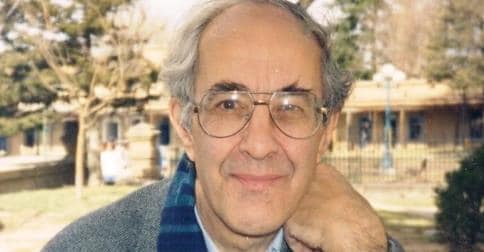 This week marked the 20th Anniversary of the death of Henri Nouwen (Sept. 20).

In remembrance of his life, we have picked a few of the many Henri Nouwen books as a sort of introductory reading guide.

Henri Nouwen (January 24, 1932 – September 21, 1996) was a Dutch Catholic priest, professor, writer and theologian. His interests were rooted primarily in psychology, pastoral ministry, spirituality, social justice and community. After nearly two decades of teaching at academic institutions including the University of Notre Dame, Yale Divinity School and Harvard Divinity School, Nouwen went on to work with individuals with intellectual and developmental disabilities at the L’Arche Daybreak community in Richmond Hill, Ontario. Before his death, Henri Nouwen published 39 books and authored hundreds of articles. His books have sold over 7 million copies worldwide and have been published in more than 30 languages. (via Wikipedia)

Our Guide to Henri Nouwen Books –
1)  The Way of the Heart: Connecting with God Through Prayer, Wisdom, and Silence

Inspired by the ancient teachings of St. Anthony and the Desert Fathers, The Way of the Heart clears before us a spiritual path consisting of three stepping-stones: Solitude (learning not to be alone but to be alone with God); Silence (the discipline by which the inner fire of God is tended and kept alive); and Prayer (standing in the presence of God with the mind in the heart).