The New York Times has called Mary Gordon “the bard of the American Catholic experience.” I suspect she isn’t comfortable with that title. On more than one occasion she has paraphrased Flannery O’Connor saying that, in our time, one has to “suffer because of the church and not for the church.” Gordon’s approach/avoidance response to the church—any church—particularly in its more dogmatic and sexist iterations is healthy.

Such attitudes uniquely qualify her perspective on Thomas Merton, his life, and his writing. Like Merton, she is keenly aware of the ambiguities and tensions of being labeled a “Catholic writer.” She can be fiercely loyal to Roman Catholicism, but never unquestioningly so. Not unlike Merton in his final years of life.

On Thomas Merton is ostensibly her attempt to write about Merton, “writer to writer.” She sets for herself a herculean task of assessing Merton’s writing and his monastic vocation in 133 pages. Thousands of pages have been written on Merton and his work. Gordon brings to the party the things she and Merton have in common: they are writers, they are Catholics, dissidents and activists, and they do not flinch from criticizing the Church when it needs of correction. Gordon was an early board member of Catholics for a Free Choice and a principal signer of the 1982 Catholic Statement on Pluralism and Abortion. She is justifiably severe in her criticism of Merton’s zealous, fervent Catholicism in his early writings, particularly The Seven Storey Moutain: “The triumphalist rhetoric, the boosterism, the Manichaean self-loathing and hatred of the world and the flesh, and the cavalier dismissal of other faith traditions are difficult for a contemporary admirer of Merton’s to read.” (42)

Beginning with an overview of Merton’s life as a monk and writer, Gordon goes straight to the heart of the matter, writing: “Merton’s dual identity contained within itself a particular irony: in becoming a Trappist, he entered an order devoted to silence, and yet his vocation was based on words.” (1) Merton’s published work—all of it—was subject to the eyes of official censors, readers who were all too often critical of his honesty about his struggles. It was “a crippling burden.” (5) Still, he was always aware of his audience and his relationship to it. He knew that, because of his reputation, he could reach a group of people that most Catholic writers of his time could not.

Gordon rightly observes that Merton’s poetry is second-rate compared with his contemporaries. Auden, Plath, Ginsberg, and Sexton are a few of those she offers for comparison’s sake. She points to his awareness of the difficulties of using language “to express what language cannot express—the mystical vision, the experience of God” (13). But she fails to make the connection between the poet and this conflicted writer: that it is, perhaps, the poet who sees most keenly the inadequacy of words to express the ineffable. 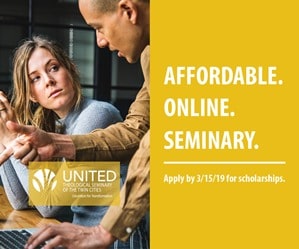 Of particular interest are her summaries of Merton’s relationship with two seminal Catholic writers of his time: Evelyn Waugh and Czeslaw Milosz. Waugh was highly critical of Merton’s writing and far too rigid in his faith for Merton’s taste. Merton fared slightly better in his relationship with Milosz. Milosz was the product of Catholic Poland and, as such, seems to have been less defensive of the church hierarchy than Waugh (27). And, because he was not a native speaker of English, Milosz has less to say about Merton’s writing style. Their correspondence and their two in-person encounters were focused more on the content of Merton’s work and on what developed into a warm, collegial relationship despite their differences.

Gordon spends two chapters focused on what are, arguably, Merton’s weakest books: The Seven Storey Mountain and My Argument with the Gestapo. Both books exhibit a level of immaturity in terms of the writer and the writing. Yet they do provide the opportunity to observe the seeds of the Merton who will develop with age and experience. “The Seven Storey Mountain presents us with the best and worst of Thomas Merton as a writer. The pious, closed, almost inhuman voice is there, but so is his greatest gift: his power of close observation.” (42-43) Gordon is no fan of Merton’s writings on spirituality. One occasionally wonders if, aside from the journals, she is a fan at all.

Anyone who has read Merton’s journals is aware that he spent much of his life trying to come to terms with his need and desire to write and his responsibility to the Trappist order to produce, publish, and generate income. “The paradox at the center of Merton’s dissatisfaction with his writing is that at the same time he is disgusted with himself and his writing, he feels a responsibility to continue: the price he pays for his celebrity.” (35)

Gordon’s chapter on the journals is at times disjointed and lacking in focus. “It is a challenge to write coherently about a form that does not put a premium on coherence, that jumps from one subject to another, contradicts itself, revises itself, corrects itself, and admits its own delusions.” (88) Despite reasonable efforts to gain purchase on the more than 2500 pages in seven volumes of material, the logic of Gordon’s ordering often escaped me. At times I felt unmoored, not entirely clear on her intent, let alone the significance of the words she was quoting.

Gordon embarks upon this slim volume with a number of related objectives: to write about Merton, writer to writer; to examine the Merton who was conflicted and anguished both by his role as a writer and as a monk; to ask, and hopefully answer, what kind of writer Merton was. I am not sure Gordon accomplishes such an expansive set of goals. But I also think no one could achieve such goals in 133 pages. As a writer, I came away with only a little more clarity on Merton’s writing than I possessed when I began. Still, it is a rare thing in life to meet an old friend as if for the first time. The Thomas Merton Mary Gordon introduces us to, at least in the eyes of this lifelong Merton reader, is precisely that: an old friend newly met. What more could I ask?