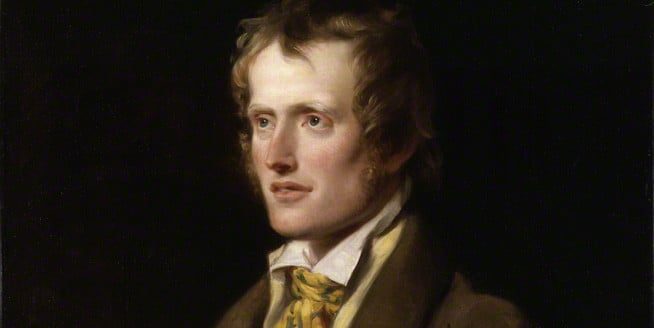 John Clare (13 July 1793 – 20 May 1864) was an English poet. The son of a farm labourer, he became known for his celebrations of the English countryside and sorrows at its disruption. His poetry underwent major re-evaluation in the late 20th century: he is now often seen as a major 19th-century poet. His biographer Jonathan Bate called Clare “the greatest labouring-class poet that England has ever produced. No one has ever written more powerfully of nature, of a rural childhood, and of the alienated and unstable self.”   (via Wikipedia)

When first we hear the shy-come nightingales,
They seem to mutter oer their songs in fear,
And, climb we eer so soft the spinney rails,
All stops as if no bird was anywhere.
The kindled bushes with the young leaves thin
Let curious eyes to search a long way in,
Until impatience cannot see or hear
The hidden music; gets but little way
Upon the path–when up the songs begin,
Full loud a moment and then low again.
But when a day or two confirms her stay
Boldly she sings and loud for half the day;
And soon the village brings the woodman’s tale
Of having heard the newcome nightingale.