Seeking God Amid the Ravages of Depression

Dust in the Blood: A Theology of Life with Depression
Jessica Coblentz

The number of antidepressant prescriptions in the United States skyrocketed in the last two decades. Some believe this means that society has medicalized normal human suffering in pharmaceutical companies’ search for greater profits through direct-to-consumer advertising.  Other commentators argue that increasing prescriptions signal that individuals are finally receiving help for a medical condition that impedes human flourishing, and if untreated can end lives.

Jessica Coblentz, a professor of theology at Saint Mary’s College in Indiana, writes a theologically sophisticated, pastorally useful book. The book is a revision of her dissertation at Boston College, which was informed by her own experiences of depression.  She uses those experiences, and the writings of others to honestly portray the reality of depression, while searching for biblical and pastoral resources that can sustain individuals seeking to be faithful, rather than believing that depression can be simply cured by more faith.

The first chapter illuminates the experience of depression using the tools of philosophical phenomenology, especially German philosopher Martin Heidegger’s concept of “unhomeliness”. This concept makes room for the lived experience of depression, rather than simply understanding depression as a term in the  Diagnostic and Statistical Manual, an often-revised handbook that is used to make a medical diagnosis of depression.  Instead, this global description of the lived experience of depression is from those who suffer from the condition. I fear that the technical nature of this first chapter may cause readers to disengage, thus missing out on the spiritual wisdom found later in the book. At the same time, given that she chooses to engage this academic discussion, it’s interesting that Coblentz doesn’t acknowledge Heidegger’s Nazism, which could (and should) have been at least acknowledged in a footnote.

Coblentz explores theological explanations of depression found in popular Christian literature.   Many Christians are taught that God is the source of both hope and joy, so a lack of either is the result of a lack of faith. In my work as a chaplain, I often encounter this view. The Roman Catholic tradition considers hope an “infused virtue” or divine gift.   Prosperity Gospel traditions argue that faith leads to happiness and prosperity and their lack is a spiritual failure, not a medical condition.  Popular Christian views of depression often claim that God uses the experience of depression as a means of instruction to bring people closer to God.  In another view, depression is the result of human sin or moral failure.  Coblentz refutes this view; there are good, moral upright people who suffer from depression. However, her discussion could use more nuance. In some cases, moderate depression is a spiritual and psychological response to shortcomings in our lives and situations, over which we may or may not have control.

In order to move discussions about depression away from moralism or spiritual deficiency, the book argues that one can think about depression as a wilderness experience. One can survive in the wilderness, but it is difficult.  The metaphor is apt because it is rooted in Scripture and has been used throughout the history of Christianity to describe life in difficult circumstances.  The book makes a careful case for the parallels between the wilderness and depression, making the analogy more convincing than one might view it initially. Hence, the book moves to read the wilderness narratives of the Hebrew Scriptures as metaphors to the ways that God sustains individuals in the midst of depression.

The book then turns to the story of Hagar in Scripture. While Coblentz wisely notes that she is not claiming that Hagar is depressed, she does argue that Hagar’s experiences seem parallel to the experiences of those suffering from depression.  However, Hagar (by whom Abraham had a son, Ishmael) was exiled from Abraham’s family after Sarah gave birth to a son of her own, Isaac.  In despair, and because he was thirsty, the infant Ishmael cries. God hears the cries, and shows Hagar a spring of water, so she and her son can live.  Hagar’s situation makes her isolated, like many who suffer from depression. At the same time, Scripture does not offer a theological explanation for Hagar’s suffering or claim that it somehow brings Hagar closer to God. But one point the book could have stressed is that sometimes depression can be fueled by the cruelty and actions of other people, in this case, Sarah’s demand that Hagar leave.  Depression can come on without cause, but it can also be fueled by difficult life circumstances, sometimes brought about by the cruelty of others.

This book’s methodological rigor, careful exegesis, and pastoral wisdom drawn from both Scripture and tradition make it an important contribution to literature on faith and depression. I was only disappointed that the more technical portions of the book might cause some readers to stop reading, missing the book’s more accessible and wise later chapters. Pastors, chaplains, and seminary students will find this book important for finding ways to speak pastorally to those struggling with depression and trying to seek and find God amid the ravages of depression. 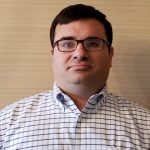