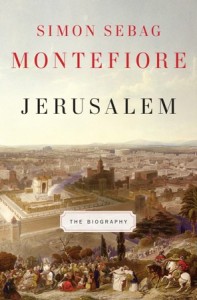 The Center of the World

“No country will more quickly dissipate romantic expectations than Palestine, particularly Jerusalem.  To some the disappointment is heartsickening” – Herman Melville

There were times, as I wandered the streets of Jerusalem on my first visit last year, that I wondered whether I could have become a believer if my impressions of faith were formed solely on an encounter with the city.  The contemporary scene is so dominated by conflict and religious fanaticism that Melville’s disillusionment seems entirely warranted.  The news of late reports Christian monks fighting one another with brooms in nearby Bethlehem’s Church of the Nativity.  Orthodox Jews spit on Jewish girls on their way to school for their alleged immodesty.  And shadowing everything are the apocalyptic expectations of Muslims, Jews, and Christians, which seem to justify all manner of cruelties and intransigence.

There is an undeniable appeal to Jerusalem, though, that was most evident to me on morning runs around the Old City.  As the first light of dawn broke over the Mount of Olives, Suleiman’s 16th century walls began to glow.  The muezzin’s call to prayer drifted across from the Temple Mount to the bus stops where Haredi Jews waited.  Bells rang from churches in the Christian Quarter.  And from a deserted garden of olive trees near the traditional Gethsemane I could watch the illumination of the sealed Golden Gate as the sun rose.

Simon Sebag Montefiore recognizes that Jerusalem is a place of just such contradictions.  It is “the Holy City, yet it has always been a den of superstition, charlatanism and bigotry; the desire and prize of empires, yet of no strategic value; the cosmopolitan home of many sects, each of which believes the city belongs to them alone; a city of many names – yet each tradition is so sectarian it excludes any other.”  For all that, though, he claims that Jerusalem remains “the centre of the world” and a place that “seems to live more intensely than anywhere else.”

Montefiore has family reasons for an interest in the city.  His great-great uncle was Sir Moses Montefiore, one of the most prominent European Jews of the 19th century, who took a special interest in the city after a visit in the 1820s.  Montefiore’s wealth and influence is a significant part of the later stages of the story that his descendent tells here just as the elder Montefiore’s windmill, built impractically so that impoverished Jerusalem Jews could make their own bread, remains a landmark of the modern city.