Our Creaturely Ways of Being

The Nicene Option: A Philosophy for the Embodied in a Material World
James K.A. Smith

In The Nicene Option, James K.A. Smith offers a long-awaited synthesis of his years of work and writing. And while Smith is too modest to frame it this way, The Nicene Option provides – with philosophical nuance and heft – a much needed elaboration of and correction to the philosophical denigration of finitude, materiality, and embodiment on display throughout Western history. With a renewed emphasis on the significance and centrality of these categories rather than their negation, Smith shows how relevant and restorative confessional theologies of incarnation and creation can be for addressing our modern/postmodern ills.

While not as accessible as some of his other writing, The Nicene Option is written primarily for his own dual realms of commitment: philosophy of religion and continental philosophy. Even still, it is difficult to consider who better than Smith to begin this good work of addressing areas of concern in philosophy while also opening the door both for other academic disciplines and also for non-academics – it is a testament to who he is and has been as an author and academic. In some ways, it is appropriate for Smith to tackle these academically-driven biases within the space that most perpetuates them.

In Part I, Smith lays out the necessary groundwork, assumptions, and boundaries of his Incarnational Phenomenology. First, he positions his project within philosophy of religion (as both a critique of the limitations of the discipline and as a continuance). Smith then aims to exorcise rationalism of its hold in both religious and secular circles, pointing instead to a more affective anthropology typified in both Charles Taylor’s concept of social imaginaries, those artefacts of cultural expression that carry meaning and significance beyond mere theory, and in Smith’s own cultural liturgies defined as rituals of ultimate concern. To Smith, we are liturgical animals “whose orientation to the world is shaped by rituals of ultimacy: our fundamental commitments are inscribed in us by ritual forces and elicit from us orienting commitments that have the epistemic status of belief” (38).

In rhythm and time with his liturgical emphasis, Smith also emphasizes that liturgies are practices (dances, even): they are things that we do more so than things we think or believe. In this vein he channels his more recent work You are What You Love (2016) in framing love / desire as a central mechanism of our lives – echoing Augustine – rather than the rationalistic way of thinking our way through the world.

Throughout the book, Smith is attempting to grapple with what he calls a logic of determination and contrasts this with his own logic of incarnation – what Smith sees as a central theme of the Nicene (325 AD) and Chalcedonian Creeds (451 AD) and thus his alternative Nicene Option. For Smith, a logic of determination is a sort of binary approach to worldview, a reductionism composed of many separate and separating spheres of life – mind vs body, body vs soul, creation vs Creator, materiality vs spirituality, etc. This logic of determinism, Smith finds, is predicated upon philosophical assumptions of difference and separation that strike to the core of our presumptions of both ours’ and creations’ relationship to God.

Part II of The Nicene Option is a deeper dive into mapping how Smith’s Incarnational Phenomenology engages with its discipline. From Kant, Husserl, and Heidegger to Derrida, Levinas, and Marion, Smith engages with the full spectrum and historic discipline of phenomenology. Smith’s long career of engagement with phenomenology is on display here, giving regular references to points and commentary made in past work. And while Part II is a robust display of intra-discipline dialogue, I suspect that it is the work of Part I that is most accessible and relevant to those outside of philosophy of religion and phenomenology.

However, I do want to highlight Smith’s engagement with Levinas and Marion around the differences between idol and icon as they frame one of the problems of materiality well. Marion makes the case that an idol is something where “the divine is fixed in it on the basis of the experience of the divine that is had by man” (Jean-Luc Marion, Idol and Distance), meaning that an idol is a limited perspective, a slice of immanence, that gets exchanged or sold as the entirety of the divine transcendence. An icon, on the other hand, “makes visible the invisible;” it is seen and sold as a limited perspective, a slice of immanence that is an intended revelation of the divine with the subtext of its limited scope. In an idol, we unspokenly and/or unconsciously confine and limit the divine; in an icon, the divine reveals itself within the chosen medium, whose limitations are themselves a subtext of the message – think of Marshall McLuhan’s The Medium is the Message (1964) here. Put another way, Smith suggests that for an icon, “the transcendent inheres in the immanent without being reduced to immanence” (218). There is a mutuality and dance between transcendence and immanence wherein they can occupy the same space at the same time – no zero-sum game or resultant violence ensues. Smith elaborates,

“Perhaps above all this is a picture of ontological abundance where something – Someone – is given without losing; something can both appear within immanence and remain transcendent: without confusion, without change, without division, without separation. The alterity of the divine can be both intimate and cosmic. The transcendence and Otherness of God is not compromised just because the Son is held by a young mother in a stable. In the Incarnation, the transcendent God refuses to be elusive, but that doesn’t mean God’s transcendence dissolves into comprehension. This is a meeting with mystery.”

While The Nicene Option, Smith contends, is only a beginning, it is a philosophical tour de force advocating for the legitimation of our creaturely ways of being in the world: contingent, particular, material, finite, imperfect. Long disparaged by Platonism, Cartesian dualism, rationalism, Gnosticism, etc., these creaturely ways of being are reframed as the essential conditions of the gift of our lives, the intended epistemologies of God’s self-revelation. Smith’s Incarnational Phenomenology would have us grateful for the limitations of subjectivity; to be sure, seeing through a glass darkly, however imperfect it may be, will always be better than not seeing at all.

In a way, it seems as if Smith is channeling the age-old wisdom of a radical acceptance of what is rather than yearning for what is not. It just so happens that much of philosophy, particularly what Smith construes as a logic of determination, yearns for a perfection, control, and purity that simply do not exist within our current stage of being-in-the-world. Smith’s Incarnational Phenomenology is an articulation of a revolution that is happening within and without philosophy where our creaturely existence itself – no longer fundamentally divorced from the divine – becomes hallowed and cherished ground, the grace and gift that it always was. 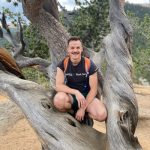 Stephen Milliken is a neighbor, hobbyist gardener, and committed generalist. He is a lover of trees, critique, dogs, philosophy, Halloween, and pizza. Additionally, he is an advocate and conservationist for wildness as a formative space, experience, and practice. He gains his livelihood as the Vice President of Operations at Berkley & State. You can find him on Twitter at: @milkthecan