Beyond the Binaries of Worship Wars

One of the most rapid and remarkable developments in the history of Christianity is the near-global embrace of charismatic worship practices in the past half century. For 1500 years, Christian worship centered on the Eucharist; the Protestant Reformation re-centered the service on the sermon for nearly 500 years. But since the 1970s, Christian worship has been transformed by a new style of worship dominated by a form of music remarkably similar to popular music. Many church leaders have fought the change tooth and nail, but the mighty wind of “contemporary worship music,” (CWM) the new prominence of the “worship leader,” and the emphasis on worship “flow” will not be eluded. Contemporary worship is here to stay.

David Lemley is an unlikely defender of CWM. A professor of religion at Pepperdine, Lemley was formed in the acapella Churches of Christ, one of the groups which has been most critical of the charismatic influence on worship. In his new book, Becoming What We Sing, Lemley accepts the inevitable shift in worship and develops criteria for faithfully evaluating the use of CWM in churches. He sees in this new form of worship a powerful potential for Christian formation through participation (a formation not unlike the congregational singing with which he grew up). When done well, contemporary worship music can be understood as a kind of sacrament, in continuity with the previous orienting sacraments of Word and Table, a means of grace which transforms the worshipping community into the body of Christ in the world.

Rather than attempt a formal distinction between sacred and secular music in order to defend CWM’s “Christianness,” Lemley concedes that CWM is a type of pop music. Borrowing James K. A. Smith’s concept of “cultural liturgies,” he analyzes “secular” pop music in terms of formational power. Pop music has a unique ability to captivate us because it communicates through emotions; not only with lyrics, but with sounds themselves which evoke a range of feelings that bind us together and orient us toward the world. The advent of modern communication like the radio meant that thousands of people could experience the same music together, creating new communities around musical genres, particular artists, and even specific songs. That rock and roll played a major role in the cultural transformations in American life in the 1960s and 1970s is a truism. Pop music is not just entertainment – it is a way of being.

Popular music has the potential to connect and reorient listeners to a particular way of being in the world. Ethnomusicologist Lawrence Grosberg has analyzed this phenomenon in terms of “affective sites” which position music consumers in relation to the broader society. Participation in pop music produces new identities – Bruce Springsteen fans might find themselves opposed to dominant social norms, an alternative vision of society might be envisioned by Sly and the Family Stone’s “Dance to the Music,” and listeners to John Lennon’s “Imagine” might see themselves as totally independent of the prevailing social vision. To paraphrase another James K. A. Smith idea: “you are what you listen to.”

The problem with pop music, as Larry Norman famously complained, is that it belongs to the devil. At the very least, it is not properly oriented toward love of neighbor and love of God and thus can lead to malformation of persons. Enter Christian pop music. In his fourth chapter, Lemley traces the rise of contemporary worship music from its beginnings in the Jesus Movement in the 1960s. Their simple folk songs, mostly written for acoustic guitar, were meant to convey the gospel in the idiom of that era’s disaffected youth. They were characterized by a deeply evangelical impulse and often hewed close to scripture; a classic example is “Seek Ye First.” In the 1970s, Larry Norman and others adopted a heavier rock and roll sound to compete with the current music scene. By the end of the decade, Vineyard Christian Fellowship had toned the music down and incorporated it into traditional worship settings. It rapidly spread through the evangelical world in the ‘80s and ‘90s, at which point musicians like Amy Grant and Michael W. Smith began crossing back over into pop chart territory. With the advent of Christian radio in the early 2000s, CWM became widely available and began tracking with mainstream pop.

Much CWM today is virtually indistinguishable from pop, which accordingly to Lemley is not problematic in itself. What matters is the degree to which the music forms worshipers into more Christ-like humans through sacramental participation. Participation is a key term, and Lemley spends the first chapter carefully defining worship in terms of participation, or partaking, in the divine life. Throughout the book, he uses two traditional Christian schemas to talk about participation. The first is the spiritual itinerary common in early and medieval writings known as a ladder of divine ascent: purgation, illumination, and union. The second pattern is the traditional fourfold ordo of Christian worship. Worship begins with a gathering of the faithful.  Worshippers encounter God through the Word – written, sung, and proclaimed. Worshippers then respond in gratitude for the gift of God’s self-disclosure. Having thus been transformed through their experience, believers re-enter the world as ambassadors of God’s grace.

Current CWM has strayed from its missional roots. Christian musicians have become celebrity icons. The shift to pop music amplified the emotional heft of songs while minimizing particularly Christian elements such as biblical references and allusions to central doctrines such as atonement. Like its pop counterpart, current CWM tends toward “toxic positivity,” with few songs addressing pain, suffering, or social injustice. It simply does not prepare worshippers for the “crux of Christian living.” Lemley does not dwell on these critiques, but simply notes the danger of these trajectories.

The church should not give up on CWM, but rather more fully exploit its formative potential within communities of faith. In a chapter-long case study of U2, Lemley demonstrates the band’s ability to empower its listening community with a distinct ethical vision; ultimately, however, U2 fails the participation test. The music is too commodified to bring about real change in the lives of believers. In one of the final chapters, Lemley turns to hip-hop and indie pop bands like Arcade Fire, Sufjan Stevens, and the Avett Brothers as positive models for what this might look like. These groups exemplify a permeable boundary between audience and band which leads to a more collaborative concept of performance. Within the church, musicians can invite worshippers into the compositional process to contribute sounds and stories from their everyday lives. Through the ordo of gathering, hearing, responding, and sending, CWM can move beyond emotional bonds to authentic communal formation for God’s mission. Lemley’s efforts to redeem CWM are admirable and necessary. CWM cannot be ignored or dismissed, despite its shortcomings. As noted above, Lemley’s ties to the acapella Churches of Christ should make him a vociferous critic of CWM in any form. Yet there is a sense in which Lemley’s apology for CWM is consonant with the spirit of his tradition. Alexander Campbell and the early Restorationists in the 1800s longed for the unification of believers across denominational and cultural lines. They thought such unity would be a fulfillment of Jesus’s kingdom vision. They believed if everyone could just read the Bible “rationally” there would be no more divisions. While Campbell’s rational approach failed miserably, the past decades have seen a movement towards real post-denominational and transcultural Christian unity through shared charismatic worship music. Lemley’s insightful arguments push us past the simplistic good/bad binaries of the worship wars and empower Christians to enter more fully into relationship with one another and with the object of their worship, the God of Jesus Christ. 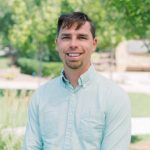