Bodies and the Meaning of Belonging

After Whiteness: An Education in Belonging
Willie James Jennings

This is a book that should be read more than once. It’s a book of history and poetry and stories. Its tone is at once academic and metaphorical and thus sometimes hard to parse. The goal is worth the effort.

Willie James Jennings, a black theologian and poet, describes himself as “a listener of bodies and a reader of thoughts.” He writes about his experiences as an academic dean of a well-respected, overwhelmingly white seminary in a major university which he does not name. He describes the institution’s good faith efforts to practice multiculturalism as they understand it. And he explains why these efforts fall short.

This is a slim but profound book about education in a divinity school and how it is affected by race. But the author’s thesis applies to all Western educational institutions. It can also apply to churches, nonprofits, and other organizations that seek to lead others and to do good, but keep getting in the way of their own racial misunderstandings.

This emphasis on embodiment comes across as controversial because it’s not the way higher education actually works. Jennings writes, “White self-sufficient masculinity [italics added] is the quintessential image of an educated person, an image deeply embedded in the collective psyche of Western education and theological education…” (32). What’s wrong with self-sufficiency? On one level it seems good, but not when it is “defined by possession, control, and mastery” it leads to “soul-killing performativity”  (18).

Jennings argues that the current goal misses the point of what education should do, “The cultivation of belonging [italics added] should be the goal of all education… not just any kind of belonging, but a profoundly creaturely belonging that performs the returning of the creature to the creator, and a returning to an intimate and erotic energy that drives life together with God” (11). This is a controversial thesis (it sounds “wrong”) because it clashes head-on with the model of “white male self-sufficiency” that so thoroughly permeates the sea in which we all, whites and people of color, swim. It’s hard to imagine the primary work of education to be the formation of belonging, where faculty want to understand and value their minority students’ cultures as much as to teach the curriculum.

In seminary, another form of “control” also aims for Christian racial and cultural homogeneity. Jennings’s school sincerely wanted to recruit more minority students and faculty (as his own position as a dean attested). But students and teachers of color told him privately of their struggles to be heard. They often felt as if they didn’t belong, unless they left their culture behind. Historical reasons for this conflict were not only slavery but colonialism –missionaries who, perceiving Christianity through a white lens, often devalued other cultures’ ways of worshipping.

Jennings tells the story of “Maria,” raised as a conservative Baptist in Jamaica, who wanted to research ways to marry cultural elements of her faith to the cultural expressions of others. She was told she should have attended a historically black seminary. Her project was not “theological” enough for her current divinity school.

The goal of self-sufficiency enthrones critical thinking and denigrates emotions. Losing control — any show of vulnerability – is equated with weakness. Neither anger nor tears are respected. This is true not only in “white male” schools, but in all Western-style education. Regardless of gender or ethnicity, we’ve all been indoctrinated in the same matrix. Jennings observed that the few women and people of color who succeeded in being hired as faculty members — and students whose theses were readily approved — were those who mastered the white male pattern of intellectual formation– sometimes, tragically, at the cost of losing the call that had beckoned them to ministry in the first place.

One solution is to notice that we inhabit “fragments” within the system, which is “where we always and only work” (16). Jennings names fragments of faith, colonialism, and commodification. These fragments are generally out of our awareness, but attention must be paid. In our “exchange culture” education is a commodity that penetrates our relationships. Jennings has thought deeply about the possibilities of designing a different kind of seminary. His efforts have been resisted, sometimes from minority students themselves, who have given up on finding communion with the majority. I wanted more specific ideas about how to fix what’s broken. That may be a future book.

The book ends where it began: with a chapter called “Eros” and the primacy of human bodies, of all colors and cultures and genders. While Jennings calls the existing pattern “white male self-sufficient masculinity,” he acknowledges it’s not limited to white males. Higher education in general is formed within it.

This book will make some readers – white and nonwhite — angry. I understand why. But as a white woman formerly working in a heavily white-male dominated profession, I found it enlightening. Much of it resonated with my own lived experiences, and that of other women I know, who struggle to be heard and don’t understand why. 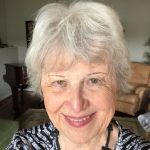