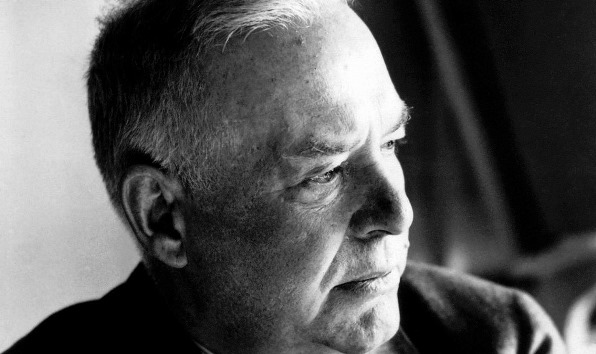 The Emperor
of Ice-Cream

Found in the book
HARMONIUM
(Available as FREE PDF Ebook)

The Emperor of Ice-Cream
Call the roller of big cigars,
The muscular one, and bid him whip
In kitchen cups concupiscent curds.
Let the wenches dawdle in such dress
As they are used to wear, and let the boys
Bring flowers in last month’s newspapers.
Let be be finale of seem.
The only emperor is the emperor of ice-cream.
Take from the dresser of deal,
Lacking the three glass knobs, that sheet
On which she embroidered fantails once
And spread it so as to cover her face.
If her horny feet protrude, they come
To show how cold she is, and dumb.
Let the lamp affix its beam.
The only emperor is the emperor of ice-cream.