Welcoming the Kingdom of God on Earth

Speak Your Peace: What the Bible Says about Loving Your Enemies
Ronald Sider

Speak Your Peace is a meaty book, not for the faint of heart. A concise and solid theological treatise, the book’s title is a bit of a misnomer as the topic isn’t about “speaking” peace, but rather what the application of pacifism and nonviolence might look like in action. The core topic of the book is the question of whether or not Jesus’s commandment to love one’s enemies precludes just war, the permissibility of violence, and whether or not killing is ever justified for someone who is a follower of Jesus. In the 21st century with wars against terrorism, increased violence domestically and abroad, and the age of nuclear proliferation, these are critical questions for the church today.

Sider does a robust job of posing the central questions, responding with Jesus’s teaching – particularly in light of Old Testament law, including responses to questions about nonviolence and pacifism, addressing core theological issues, deconstructing Just War theory, and reminding readers of the heart of the Gospel message “Jesus is Lord.” Citing the success of nonviolent resistance campaigns, Sider calls readers to a third way in “vigorous nonviolent resistance” when confronted with how to respond to injustice and oppression within society. Sider rejects the notion that there are only two options in response to oppression – violence or doing nothing. Instead, he reminds readers of a third way, “vigorous nonviolent resistance to the aggressor” which can be pursued even unto the ultimate end, death as a sacrifice for the sake of the cause (124).

Speak Your Peace includes a deeply biblical exegetical consideration of the Old Testament texts about killing. Sider continues and reflects on the law of the Hebrew Scriptures in light of the New Testament teaching that the “ law is but ‘a shadow’ of the genuine reality disclosed in Jesus Christ.” (Hebrews 10:1-18) (101). Sider provides a detailed consideration of just how Jesus came “not to abolish the Law and the Prophets” but to “fulfill them” (28). In some of Jesus’s teachings, he corrected misunderstandings of the Old Testament law; in other teachings, he set aside Old Testament provisions and called “his disciples to a different, higher norm” (28). Sider offers considerations on the six antitheses of Jesus’s teachings in the Sermon on the Mount (Matthew 5:21-48) on murder and adultery, divorce, oaths, eye for an eye, turn the other cheek, sued for one’s coat, and the second mile.

Sider’s exegetical analysis of some of these complicated passages, those often slighted and rarely thoroughly understood, helps to constructively flesh out what Jesus really meant by “love your enemies.” Sider describes how Jesus instructed in each of these cases for the “oppressed Jew” to seize the “initiative” and assert his “dignity” in nonviolent ways, “fully compatible with loving the oppressor without endorsing the oppression” (38). He concludes: “Only the liberating power of the Holy Spirit can transform self-centered sinners into persons capable of truly loving their enemies” (130).

How would Jesus’s followers have understood the command to love one’s enemies? The disciples of Jesus’s day would have maintained Messianic expectations of the Savior as a liberator from oppression. Craig Keener, the New Testament scholar, wrote “Most Jews expected a final war against the Gentiles to culminate this age and inaugurated their redemption” (16). Instead, Jesus came and broke down barriers between Jews and Gentiles and welcomed all who chose to follow him into the kingdom. Sider argues that Christ did come to conquer, but not in the way the disciples anticipated. Instead of conquering the oppressive earthly rule of the Romans, Christ conquered evil and death in the resurrection, which ultimately inaugurated the kingdom of God (24). Jesus redefined the messianic role and said “in the new dawning kingdom, his followers must love their enemies, not kill them” (184). Sider sees Christ’s crucifixion on the cross as the ultimate fulfillment of this call for Jesus to love his enemies.

One of the strengths of Sider’s argument for pacifism is the evidence provided for how nonviolent resistance is often more successful than violent attempts for liberation or violence in response to oppression and injustice. According to a study by Erica Chenoweth and Maria Stephan, “Nonviolent resistance campaigns were nearly twice as likely to achieve full or partial success as their violent counterparts.” (124). Herein lies the strength of Sider’s argument – nonviolence is successful and pragmatic in accomplishing the goals of justice movements in response to oppression.

Another strength of Sider’s writing is his historical analysis of the history of violence in the context of the church. He argues that violence, in large part, was not condoned by the early church until the time of Constantine (38). It wasn’t until Christianity became a state religion that Christians in large numbers fought in the army and used direct violence as a means of responding to their enemies. Chapter 13 on “Christians and Killing in Church History” is one of Sider’s strongest as he recounts pre-Constantinian Christianity where there was “not a single Christian author before Constatine who says killing or joining the military by Christians is ever legitimate” (172). Sider addresses the shift from AD 313 when Constantine decreed it legal to be Christian and early theologians like Ambrose and Augustine started to construct what became known as Just War theory and the “official” position of most Christians that war and violence could be justified for followers of Christ if certain conditions were met. Sider continues and addresses the inclusion of violence in official creeds from the Protestant Reformation while citing exceptions to the rule for Anabaptists, the Quakers, and prominent individuals like Dorothy Day; Martin Luther King, Jr.; Dwight L. Moody; Charles Spurgeon; and others.

The challenge of this short book, only 187 pages, is that there is not adequate space for Sider’s arguments to be adequately fleshed out and explored. He makes strong and absolute statements such as “truly living like Jesus is only possible for those who embrace Christ as Lord and Savior and receive the transforming power of the Holy Spirit” (118). But then does not address the follow-up questions that arise for the reader, such as, “What happens when Christian witness does not reflect the transformation so described?” The good news is that this book is but a concise rendition of Sider’s more academic and longer work, If Jesus is Lord: Loving Enemies in an Age of Violence (Baker Academic, 2019). There were numerous times during reading when I wished I had the more substantive back arguments to really understand Sider’s thinking and logic when coming to certain conclusions.

One of Sider’s conclusions in Speak Your Peace is the reminder that nonviolence requires the belief that God will ultimately suppress evil. “Justice seems to demand a final judgment, where God deals with evil. The assurance of a final judgment upon evil and evildoers is also a crucial foundation of nonviolence.” (86). Ultimately, for Sider, the New Testament rejects a militaristic Messiah and rather explains that the “true Messiah conquers evil with suffering love.” (87). Christians who chose to follow Jesus, for Sider, should follow suit and pursue nonviolence as a means of welcoming the kingdom of God on earth where forgiveness, justice, and peace will reign (13). 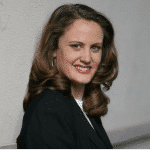 Rev. Dr. Mae Elise Cannon is author of several books including the recently published Beyond Hashtag Activism: Comprehensive Justice in a Complicated Age (IVP, 2020). She also serves as executive director of Churches for Middle East Peace (CMEP). Find her online at: MaeCannon.com