The Distinctive Histories, Theologies,
and Futures of the Brown Church.

In Brown Church: Five Centuries of Latina/o Social Justice, Theology, and Identity (2020, IVP Academic), Robert Chao Romero applies his background in Chicana/o Studies to the history and development of Latina/o Christianity in the United States (hereafter, Brown Church). Although slightly uneven in the depth of its treatment, it provides an accessible introduction that attempts to cover history, development, and theological contributions.

The historical portions provide a sweeping account of the development of distinct forms of Christianity among Latina/o people. These events are selected to counter a charge that “Christianity is a white man’s religion” (put in the words of a Chicana/o Studies professor) and to provide a basis for people within the Latina/o community to not segment their religious and cultural identities.

Romero does not attempt a complete or critical recounting of the history of Christianity in Latin America but instead chooses major people and events that represent the legacy of the Brown Church. While Romero is sympathetic to the faith of his subjects, he also includes some critical analysis from other historians.

The strongest chapters were those that were based on his prior research and articles. These were well-footnoted and edited to engage with the broader audience of this book. Chapters without a notation for previous research seemed to rely more heavily on only a few sources. For example, the narrative of Oscar Romero’s life cites a single biography almost exclusively to form the narrative of the chapter. While this could have provided more nuance, the chapters do not suffer for clarity.

The chapter discussing the formation of social justice theologies (the Catholic-situated Liberation Theology and the Evangelical Protestant-situated Misión Integral) was excellent, as it presented a context for why and how the theological movements formed. By distinguishing these movements as originating within the Brown Church, Romero reiterates that Latina/o Christianity is not the byproduct of Euromerican colonization but endowed with autonomy and agency which will inform world Christianity in other contexts. Paired with the chapter centering on Oscar Romero, this section combines the history, theory, practice, and potential of a distinctly Brown Church.

As he turns from history to the present, he adopts Oscar Garcia-Johnson’s framework for classifying individuals who have shaped Latina/o Theology since the 1980s: founders, builders, and shapers (180). The “shapers” category and footnote of emerging scholars is the most extensive, though no information is given about the purpose for inclusion or what would distinguish one scholar from another. Any level of detail would help to convey the author’s intent that the present and future of the Brown Church is more diverse than is typically understood. The breadth of present and developing theologies is better served by a work like Introducing Latinx Theologies (or its first edition Handbook of Latina/o Theologies, both edited by Edwin Aponte and Miguel De La Torre) which have this area as their sole focus.

The weakness of the book, in my opinion, is that the material insinuates that the present and future of the Brown Church is firmly evangelical, despite comments to its broader diversity (181; 213-214).

Romero has frequent references to evangelical institutions such as Fuller Seminary and the Christian Community Development Association (which is a co-publisher) and the subtle preference for evangelical identity is evidenced by the author’s selection of representative voices and the depth in which they are engaged.

While discussing Recent Social Justice Theologies, for example, Pentecostal and evangelical labels are conflated when describing female contributions, whose influence would differ between Pentecostal and Evangelical traditions. The discussion of “Latina evangelicas” under the heading of Pentecostal Latina/o Theology occupies seven pages (187-194) and primarily argues for biblical authority and individual salvation. Mujerista theology, by contrast, receives three paragraphs and solely references Catholic Ada María Isasi-Díaz, despite being a more robust area of theological reflection.

The chronology of the book also mimics the biography of many Hispanic-American church leaders in that they had a childhood background in Catholicism, then experience in Pentecostalism before finding an Evangelical sense of stability in the American religious landscape. This overlooks the influence of Latina/o people within mainline denominations (Historian Justo Gonzalez is the lone mainline scholar whose affiliation is mentioned) or post-evangelical communities. The limitation to only discuss U.S. Latina/o theologians also preclude the growth and influence of the Brown Church within World Christianity or forming theology beyond racialized identity.

Entirely absent is any mention of Marcella Althaus-Reid or Robyn Henderson-Espinoza, for example. Engaging with either of these theologians would demonstrate the significance of concientización, De La Torre’s “reading from the margins,” and the significance of occupying la frontera/borderlands/liminal spaces of racialization and political identification.

I suspect the aforementioned theologians were excluded due to their gender and the nature of their work not fitting within a schema for who constitutes the Church. Despite Althaus-Reid not residing within the United States during her career, her pioneering work in contextual theology has had an effect on theologies of culture and identity. Even a footnote mentioning Latina/o theologians outside of the United States would have strengthened the material and been keeping in the spirit of the book.

As Romero concludes, he adapts an essay of his from Labberton’s Still Evangelical (Intervarsity Press, 2018, 66-80) to craft a personal connection with a rising generation of Latina/o Christians who are finding their place as both fully Christian and fully Brown. The cadence of his writing is passionate and triumphal, though ultimately disappointing as he concludes the chapter (and book) with a nine-point statement of faith that defines the Brown church. This section has racial conscientiousness grafted on to an otherwise evangelical framework.

Despite the limitations of a confessional bias, the benefit of the book overall is to present the legacy and future of the Brown Church as one with agency and potential. In direct opposition to the conquistador motifs in white syncretisms, the Brown Church is not a victim or subservient derivative to triumphal forms of Christianity. People within and alongside the Brown community will find a history that honors them and examples in theologies and religious communities to emulate.

I would recommend this book to anyone who is looking to understand more of the history and context of the faith of US-based Latina/o evangelicals or for an introduction to a history of Latin American Christianity that is not centered in European conquest. While further treatment of contemporary Catholics and Protestants or the Brown Church outside the United States would provide a fuller picture, this is an accessible introduction that should help bring people into deeper engagement with the distinctive histories, theologies, and futures of the Brown Church. 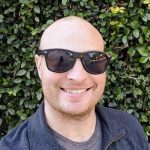 Michael Shepherd is the Minister of Social Action at First Christian Church, Fullerton (California) and an adjunct professor of intercultural studies and political science at Hope International University. He can be found on Twitter at @mchlshepherd and welcomes any questions about discerning and applying an LGBTQ+ affirming position.