Abraham’s Silence: The Binding of Isaac, The Suffering of Job, and How to Talk Back to God
Richard Middleton

C.S. Lewis’s Till We Have Faces begins as a lament to the gods, or, more accurately, a rage against the gods. Orual, the protagonist of the novel, tells the story of Psyche, her beloved sister who was offered to the gods as a sacrifice. In her despair, Orual searches for Psyche and is dismayed to discover her living in a palace with a god-husband whom she loves. Orual manipulates Psyche into betraying her husband, an act that sends Psyche into exile. Not once does Orual reckon her love impure until, after many words but little honesty, she faces the gods and hears her complaint for what it is: possessiveness of Psyche, not love for her. “Till that word can be dug out of us, why should [the gods] hear the babble that we think we mean? How can they meet us face to face till we have faces?”

Facing the gods is necessary for Orual’s redemption. In much the same way, turning toward God in truth, as part of God’s redemptive plan, is at the heart of J. Richard Middleton’s Abraham’s Silence: The Binding of Isaac, The Suffering of Job, and How to Talk Back to God. Middleton, professor of biblical worldview and exegesis at Northeastern Seminary, opens with a desire “to help people of faith recover the value of lament prayer as a way to process our pain (and the pain of the world) with the God of heaven and earth.” As the argument progresses, lament expands to include any form of remonstration with God, which he suggests is “at the hinge—the fulcrum—between bondage and deliverance.” This is lament as dialogue. It begins in complaint and ends in a greater awareness of God’s nature and purposes.

Central to his argument is the story told in Genesis 22:1–19 (referred to throughout as Aqedah, from the Hebrew word “to bind”) in which God commands Abraham to sacrifice his son Isaac. It is a command without preamble or explanation: “Take your son, your only son, whom you love—Isaac—and go to the region of Moriah. Sacrifice him there as a burnt offering on a mountain I will show you.” This same Isaac was promised and delivered by God to the surprise and delight of Abraham and Sarah. His command is therefore horrific and absurd. Why would God require the death of the very promise He delivered? And yet Abraham obeys God’s command and the story makes little sense except to hear it as a (perhaps the) paradigmatic act of obedience in the Bible: faith in God’s goodness even when the goodness of the act is, at best, hidden. And as a paradigm of faithfulness, it is often offered as a model to which people of faith should aspire in the vicissitudes of life.

This is the “traditional interpretation,” and Middleton believes it is exactly wrong. “I am finding it more and more difficult to think well of Abraham in the story,” he notes at the end of the book. He sees Abraham’s response as “tragic,” a missed opportunity for Abraham to learn more about God by defying God’s command. Abraham’s silence, therefore, should not be valorized but pitied. By way of counter-example, Middleton notes how Moses initially “hid his face” from God, but over time became bolder and eventually spoke with God “face to face” at Sinai—a boldness not only allowed but required in order to remind God of His original promise and character. In this story, complaint engenders redemption for the Israelites.

However, as the title suggests, the most substantive reevaluation of the traditional interpretation takes place in dialogue with Job. Middleton asks, “Could it be that the book of Job is an intentional response to (and critique of) the Aqedah?” God’s appearance at the end of Job is most often interpreted as an indictment of Job’s hubris. In this reading, Job’s honesty had been overly robust and, in response, God draws Job into a revelation of the magnificence of creation and His continuing power within it, the intent of which is to humble Job into silence by reminding him of his finitude. In response, Job admits that he is nothing but “dust and ashes.” Thus chastened, Job is blessed again.

Middleton argues that this, too, is wrong. There are two speeches by God at the end of Job, and Job’s silence after God’s first speech was unacceptable. “God was not satisfied with Job’s abased silence. God desired a worthy dialogue partner.” Therefore, God speaks again and draws Job into awe at His power and His willingness to allow suffering —all of which remain within His providence. “This reframing invites Job to see that, even in his suffering and social ostracism, he is not beyond God’s care.” Job responds after the second of God’s speeches, which suggests to Middleton that, “Job has finally understood the point of God’s challenge, that the Creator actually wanted a response from him.” God’s revelation was only complete as a result of Job’s engagement in it. Job’s laments were acceptable; his silence was not.

Having made the case for the dialogic nature of God’s ongoing revelation, and honest speech as a necessary part of that dialogue, Middleton returns to the Aqedah. He argues that the reader must understand the story within the relational arc of God and Abraham, and that arc “has to do with Abraham coming to understand the nature and character of God.” The continuing nature of that revelation depends on Abraham engaging God truthfully. Early in the relationship (Genesis 18) Abraham remonstrates with God: “Will you destroy Sodom if only forty good men remain? How about twenty? Ten?” God provides this opportunity so that Abraham may “learn more about divine mercy through the process of intercession.” Indeed, Middleton suggests that Abraham does not go far enough, “That Abraham stops at ten, however, suggests that he hasn’t fully plumbed the depths of God’s mercy.”

The Aqedah was, therefore, an opportunity to teach Abraham more about God’s nature. Specifically, in Middleton’s telling, the command to kill Isaac was designed to differentiate God from “one of the pagan deities of Mesopotamia or Canaan who requires child sacrifice as a symbol of allegiance.” It was, in short, a test, and Abraham failed. He did not face God and his silence “speaks of God as a harsh taskmaster who is not to be challenged.” His silence should not be lauded but pitied. It reveals a limited understanding of God and it limits Abraham’s ability to grow in understanding. As a result, Abraham’s family is shattered (Genesis reports they never again live together), his relationship with Isaac is sundered (how could it not be?), and Isaac’s role in God’s redemptive plan is diminished. In Middleton’s telling, Abraham leaves the mountain a broken man, not an example of faith.

It is a bold argument and well made: the book is a tapestry of creativity and erudition, many-layered, and deeply compelling. Middleton engages the traditional interpretation of the Aqedah with great respect before rejecting it out of a desire to be faithful to the meaning of the story which, he argues, can only be fully understood within the larger story of God’s desire for each person of faith to face Him truthfully and, thereby, know Him fully. At times, the comprehensiveness of the argument can feel a bit forced. For example, the angelic proclamations at the end of the story, often interpreted as praise of Abraham’s faith, are reinterpreted as less than laudatory because they omit the phrase “whom you love,” in reference to Isaac. This suggests, to Middleton, that the angel’s words are “less than approving.” Perhaps.

Is the Aqedah elastic enough to allow for multiple interpretations? Without question. Of the story, Middleton notes, “[a] lot is left to the imagination of the reader.” Indeed; it is a deeply challenging story. Does Middleton’s argument allow for anything other than a dismissal of Abraham as, in some form, an exemplar of faith? That’s doubtful. This is not an argument against Middleton’s conclusion, merely an observation that even if the argument is compelling, it may not be entirely convincing if it requires discarding Abraham as a companion for people of faith today as they see him trudging alone up a dusty hill, his faith an agony of doubt, trusting in God’s goodness when obedience seems absurd, hoping that, in the end, a different sacrifice will save him. 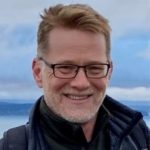