How to Be Attentive

How to Be Normal: Essays
Phil Christman

The title of Phil Christman’s new collection evokes a bit of time-out-of-joint feeling: in an age when we pay so much attention to the variations of existence, can “normal” mean anything? In his previous book, Midwest Futures, Christman drew out of the most average of topography complex reflections about being from the Midwest, showing how the Midwest was both the birthplace of bureaucratic management and of social radicalism. Behind the cornfields and textile mills lay a complex underbelly of dynamism and turmoil. In his new collection, this theme of deceptive averageness hiding complexities takes on a new focus: the intersections of Christman’s ordinary life. The title, evoking “normalcy,” is a bit of a misnomer; as he notes in the opening essay, COVID has exposed the manner in which everything now is unprecedented. As such, most desires for “normal,” he writes, become a kind of aspiration, a desire for disengagement from the world as it is.

Being “normal” now, it would seem, requires not wishing for a world of illusions in which we can sink into routines. Being “normal” now means paying attention to those things about ourselves which once seemed immune from our observation, but which now must be understood again: race, gender, religion, cultural values, care, intimate relations, our heritages. The last five years have been, among other things, an occasion for seeing the politically unseen, for attending to cultural differences which have always been present. And so, in ten sharply written essays, Christman offers up an examination of his own identity, not lamenting it or disavowing it, but as a kind of faith seeking understanding: what we are is good, but yet not comprehended.

This latter distinction matters a great deal: across these essays, Christman enters into examinations of not defining what these markers mean, such as being white, middlebrow, or religious, but how to inhabit these. Much ink has been spilled on defining terms such as “whiteness,” “marriage” or “fundamentalist,” and in his chapters, Christman engages with the discourse of these markers, but in a way less interested in defining them than in learning how to negotiate the limits that come with being this kind of person.

In his chapter “How to Be White,” for example, Christman engages with the category of “whiteness,” concluding that, ““Whiteness” adds nothing to my ability to reach this conclusion [of paying reparations], nor to the way I live it out. All it gives me is a guilty look and a heightened self-consciousness around Black people.”

In writing this, Christman is not advocating for ignoring racism, or for ignoring the ways in which racism shapes the world, but for what use “whiteness” has in moving forward our commitments against it. As he concludes the essay, “I am not downplaying the fiendishness or the embeddedness of racism, the necessity of antiracist struggle…when I say that I think whiteness as a concept is useless except as a name for a powerful and ubiquitous misdescription….What we must realize is that, whatever our different names, we are all in it. And we are all responsible for ensuring that every single person gets out.”

This attention to the ways in which identities are lived more than they are perfectly described permeates other essays as well, as he examines the dynamics of being married less as inhabiting an analytic definition than a relationship, or loving bad films as a matter of learning how to be “a walking contradiction between aspiration and effect”. It may be opaque to us what benefit there might be to doing something when our understanding of a problem exceeds our grasp, but this, I think, is mostly because of a mistake: as Christman rightly observes, the world and our place in it often exceeds our grasp. The solution is not, however, endless analysis, but attentive commitment, getting things wrong in the pursuit of becoming more just.

Our pursuit of being in the world well is only possible when these markers of the self are understood as the ways in which we learn to love well, though. A “bad” movie shows us that arguments about taste are often dividing lines of class, proxy wars for other fights. Middlebrow delights show us that learning can be undertaken for its own sake not because it leads to financial glory. Religious faith directs us to the mystery of God, staking our lives on God without fully understanding God. By loving the mundane well, we are able to live in the world with others, able to embrace the dirt from which we came without despising ourselves for not understanding it.

The result of How to Be Normal is a vision of normalcy less rooted in the power of introspection, and more trusting that, to paraphrase Thomas Merton, the desire to be changed might be itself good. Being in the world, as Christman displays it in these essays, is not a matter of having our definitions of identity worked out, or even being all that interested in the notion of identity itself. The point after all is not to comprehend the world, but to be attentive to it, that we might change one corner of it, even if that one corner is ourselves. 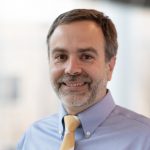 Myles Werntz is associate professor of theology and director of Baptist studies at Abilene Christian University in Abilene, Texas. He is the author or editor of several books, including Bodies of Peace, A Field Guide to Christian Nonviolence, and the brand new book, From Isolation to Community: A Renewed Vision for Christian Life Together (Baker Academic).