What Did the Cross Accomplish?: A Conversation about the Atonement
N.T. Wright, Simon Gathercole, Robert Stewart

Blessed as we are with twenty centuries of deep and beautiful reflection on the meaning of the cross, modern theologians are confronted with the challenge of sifting through and organizing this rich inheritance. The 2017 Greer-Harding Counterpoint Forum saw three world-renowned scholars gather to take up this task—not to fight for one perspective over another by attacking caricatures, but to articulate carefully the different aspects of Jesus’s work and the relationships between them. What Did the Cross Accomplish? is a transcript of these discussions. Building especially on what N.T. Wright and Simon Gathercole have written in The Day the Revolution Began and in Defending Substitution, respectively, the book moves the discussion forward in a concise and fruitful way.

The discussion opens with a short lecture by Robert Stewart on the role and shape of theology, emphasizing the priority of narrative dimensions and the centrality of the Lord’s Supper in Jesus’s own teaching on the crucifixion. Wright then gives an opening statement, arguing that we should prefer the language of story to that of model, and narrating the atonement story as he reads it in the Gospels: the exile is ended, God’s kingdom is established, and the powers are defeated, all of which are centered in and ultimately effected by Jesus’s substitutionary death. Gathercole likewise emphasizes the multiplicity of models, showing that themes of forgiveness and liberation fit together organically in the Bible’s own discussion of the Messiah’s work. He then spends most of his time on a few key passages to show that substitution has a life and dynamic of its own, rather than playing a strictly subservient role. There is then time for a back-and-forth between the speakers, followed by a Q&A session with the audience, and then the forum concluded with a summary discussion the following day.

What Did the Cross Accomplish? emphasizes that the common ground shared by Wright and Gathercole is significant. Both emphasize the plurality of dimensions involved in understanding the cross, and both recognize a real role for substitutionary models. Wright even worries jokingly that there will be no true points of conflict, but this fear is quickly allayed. In particular, it seems that the two theologians take different approaches to living with multiple atonement models: for Wright, the models play different yet mutually constructive roles within one unified story; Gathercole is content to let them remain independent facets of the same reality, each with their own beauty. This means that Wright has a tendency to read together passages that Gathercole might prefer to let stand on their own. At one point, for example, Gathercole suggests that John 3:16 reveals a fairly simple and self-contained view of the atonement, focusing on the reconciliation between God and man—whereupon Wright rather breathlessly relates John 3 to John 1 and John 21 and 1 Corinthians 15 and Revelation 5 as part of a grand narrative about life in the renewing of God’s good creation. Both perspectives have their obvious strengths: Wright is picking up on real biblical themes and drawing out the unity of the Scriptures, whereas Gathercole wants to keep clear and concise summary statements from getting lost in an increasingly complex web of motifs and cross-references.

The point-counterpoint format of the discussion draws out these differences in approach and ultimately clarifies where the true points of disagreement lie. As the discussion over narrative continues, for example, the role of ideas about vocation in the differing constructions begins to take shape. Wright’s narrative makes human vocation as royal priests into a key interpretive lens, whereas for Gathercole the lack of concentrated treatment by biblical authors makes vocation a rather minor theme among many. A range of other topics are brought up quickly, and lines of discussion clarified even if not resolved: whether Levitical sacrifices cleanse of guilt or pollution, whether God (precisely speaking) condemned Jesus or condemned sin, whether we should talk of “Sin” or “sins” as more fundamental, whether evil should be understood as idolatry or a “sort of vacuous corruption,” and so on.

On the other hand, some underlying theological disagreements are certainly hurried over due to the time constraints, and sometimes also due to miscommunications during the back-and-forth. For example, the speakers make somewhat limited progress elucidating the shape and color of their disagreements over the vocational theme until an audience question helpfully asks them to explain their differing readings of Genesis 1-3. Perhaps most seriously, one worries that Wright never really answers Gathercole’s question on how forgiveness is accomplished, responding instead in terms of the results of forgiveness. This may reflect a subtle tendency of those who favor narrative articulations to do so at the expense of, rather than in addition to, discussions of mechanisms. On a related note, some readers might be surprised at the relative lack of “guilt” language from either participant.

In the end, however, the live format provides a reasonable summary of the issues involved, and the dialogue format allows for numerous points of clarification. Readers new to the debate will find more than enough to whet their appetite, though by no means a comprehensive introduction; those familiar with the groundwork will understand more clearly where points of different emphasis and places of actual disagreement lie. Nothing is fully settled in the course of the book, but for such a slim volume What Did the Cross Accomplish? is uniquely illuminating and worthwhile reading for anyone with an interest in the finer points of atonement theology—and we may pray that, as Stewart suggests, this continued reflection will increase our wonder and gratitude at the great work of God’s love in the cross of Jesus Christ. 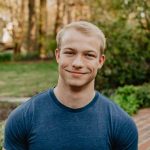 Taylor Craig received his Bachelor’s degree in Physics from MIT in 2018 and now works in finance while pursuing theological reading and writing projects. He blogs about evangelicalism, Reformed theology, culture, and justice at toloveandunderstand.wordpress.com.