Captivated by the
Intoxicating Beauty of Christ

In the climactic scene of Tomas Alfredson’s cinematic adaptation of Tinker, Tailor, Soldier, Spy, the British-agent-turned-Soviet-mole explains his betrayal to George Smiley. “It was an aesthetic choice as much as a moral one,” he says of his defection. “The West has become so ugly.” This line, received with an exquisite lack of response from Smiley, certainly reveals a deep cynicism toward Western democracy’s nature, but I could not help thinking of how powerful a claim it is, to say that a choice can be as much an aesthetic one as it is moral, while reading Michael Pasquarello’s The Beauty of Preaching.

Pasquarello makes a powerful and all-too-often ignored claim about Christian proclamation: that our proclamation of the good news of Jesus’s humble and generous self-giving is as much an aesthetic act as it is a moral one, speaking not only about how we the hearers ought to live, but occurring essentially as a response to the beauty of Christ himself. Preaching is as much as outpouring of rapturous delight as it is an exhortation, teaching, or exposition of the church. And in a time particularly marked by ugly ideological background static, a call to reclaim preaching’s source in divine beauty and delight as a healing act is particularly essential.

It is often remarked that this so-called “postmodern age” is a period where overarching narratives, universals, and coherence are rejected in favor of poststructural embodiments of diversity and ambiguity. Pasquarello points out that it is inside of this age, where the rejection of universal narrative and coherence has driven both the focus on individuality alongside a construction of identity by rejection—a “we” as “we are against”—that the beautiful feet of the gospel’s messenger come again to convey an alternative perception of reality. He starts from that strange proclamation of Isaiah’s, naming the feet of God’s messenger as “beautiful,” to say that God’s saving beauty becomes visible in the messengers running to offer the glad tidings of God’s coming and defeating all opposition. It is in the condescension of God that a saving beauty can be found, a saving beauty in which those called to preach participate.

Throughout the entire book, you can sense Pasquarello’s skilled struggle with the bounds of language. He affirms over and over again that this saving beauty is only visible to those with eyes to see and ears to hear, because it is a beauty found not in impressive appearances or usefulness, inside of skilled rhetoric or carefully-crafted communication. Instead, beauty is found inside of seeming absurdities made visible in obscure images such as the poor widow in Mark 12. Pasquarello rightfully reaffirms that by no measure of any social ideals would this woman or her actions qualify as “beautiful.” To see them as such is to perceive the beautiful paradox of rich poverty that anticipates and participates in Christ himself. This poor widow’s act, anticipating Jesus’s own self-giving, is a fragile act of beauty that “shines brightly from the depth of the poor widow’s being and life,” giving the joy of communion built up through the act’s repetition (40). To proclaim the gospel is to invite the hearers again and again into her beautiful work, and by imitating her, into the beautiful saving work of God in Christ. The work of preaching must spring from the self-giving receptivity and self-emptying fullness revealed in God’s presence in Jesus, who became poor that we might become rich.

Pasquarello drives his claims about preaching and beauty by engaging with three figures spanning the lengths of church history. First, he follows along with Augustine, whose conversion was deeply bound inside his hunger for a beauty only fully revealed to him in Christ. It is Augustine’s seeking for wisdom and his deep longing for beauty that lead him to recognize that God has been inside his hunger all along, and so what Augustine arrives at is not so much a theory of preaching. Instead, through his discovering himself to be inside God’s loving beauty revealed in the humble person of Jesus, Augustine’s transformed hungers become a hunger to sniff out God’s beauty in the ordinary, everyday life of the Christian, and preaching becomes a way to cope with the abundance of God’s discovered love.

Pasquarello moves from Augustine to John Wesley. If Augustine holds what it is to seek, Pasquarello contends that Wesley helps us see preaching’s end. Wesley’s vision of preaching is to give oneself over to the transforming work of the Holy Spirit, who restores in us the health, happiness, and beauty for which we are created. This transforming grace catches us up in the drama of God’s story filled with intimacy, mutuality and generosity toward God and neighbor. It cannot be as simple as preaching being the work of telling people what to do; instead, preaching has to be shaped by an aesthetic that brings people into the graceful power of the Spirit such that we come to delight in a joyful abandon to God’s love. Only then will our lives become wholly transformed. Only then will God’s people become holy.

Pasquarello’s final figure is Martin Luther, whom he calls a prophet of praise. In his meditations on Scripture, Luther found an aesthetic of poetic beauty, such that our proclamations might become hymns of praise from preachers who have been delivered from sorrows, lies, and deception. Luther shows how preaching might be a beautiful melody of praise with Christ as the subject, a hearing and delighting that conforms the church to the Word. It is Mary’s Magnificat that best captures this delight for Luther, a praise that should consume our whole being as it has Mary’s.

Throughout this book and especially in his reflection on Luther, Pasquarello hints at the deeper connections between aesthetic and ascetism. The Christian life requires an ascetic training in aesthetic vision, such that our speech might be true and good and beautiful in reflection of the gospel’s beauty. And while he goes to lengths to avoid a theory or template or model for preaching, the reader might hope that Pasquarello could point to more concrete expressions of beautiful preaching, particularly from our own age where truth is all-too-often flattened and expressionless in highly managed simplifications. But I suspect that Pasquarello is wiser than we are, to resist that temptation. I suspect that this choice to avoid theorizing or codifying is as much an aesthetic choice as a moral one. If, as he claims, preaching is best known as doxological speech pointing creation towards its completion, then truly beautiful preaching can only be known in how it cultivates in its hearers a holy longing, a longing that stretches us and creates a space in us where Love can take up room. It is the ongoing and communal nature of worship that shapes our preaching, and preaching can then be a discovery of God’s simple, surprising, converting beauty. In this book that is itself a work of beauty, Pasquarello calls us to that discovery as preachers, so that we might find ourselves captivated by the intoxicating beauty of Christ until our words crack open with God’s glory. 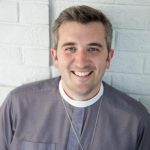 Cameron Merrill is an elder in The United Methodist Church, serving a congregation in historic Hillsborough, North Carolina. Along with his work in the local church, he is a doctoral student in systematic theology with the University of Aberdeen and the assistant editor for Will Willimon’s Pulpit Resource.