Getting to Know Our World via Art

Imagining Our Neighbors as Ourselves: How Art Shapes Empathy
Mary McCampbell

Growing up in a conservative Christian household in the ‘80s meant experiencing a litany of “don’ts” concerning pop culture. Not only were my parents ex-hippies who didn’t want our family watching much television in general, but they also had very firm ideas about the music and media we should and should not consume. And when you combine those predilections with the rise of the Moral Majority, Focus On the Family, Satanic Panic, and other elements of the Christian Right in the ‘80s, I often felt left out of many conversations my friends had at school.

That fortress mentality was entirely the point. As Christians, we were actively told not to engage with the things of the world because they could tempt us, and that would lead us to backsliding and going to hell. While we were supposed to witness to the “lost,” we were also supposed to retreat back inside the safe walls of our firm beliefs so we wouldn’t be poisoned by the world. Entire cottage industries of music, movies, and entertainment were created to ensure that Christians didn’t ever have to engage with the wider world around them.

These teachings and philosophies have dominated the wider evangelical church for decades now. The “Us vs. Them” approach, complete with its black-and-white understanding of right and wrong, has permeated all areas of life, including politics, education, and public health. By developing and enforcing a myopic media menu, it’s easy to view people who don’t share your beliefs as the “other.” This has led to multiple generations of Christians being unable to relate to their neighbors at best, and utterly demonizing them at worst.

The argument that Mary McCampbell makes throughout Imagining Our Neighbors As Ourselves is that being truly Christlike means making every effort to connect with the world around us, and interacting with art that isn’t necessarily “Christian” is an excellent way to do so. Subtitled How Art Shapes Empathy, Dr. McCampbell actively explores biblical themes and presents a panoply of supposedly secular books, television programs, and films to show how important it is to see people as people, not merely as a soul to save or an enemy combatant in some sociocultural war. It openly calls upon the themes and ideas presented in the works of Franky Schaeffer’s Addicted to Mediocrity, David Dark’s Everyday Apocalypse, and Kristen Kobes Du Mez’s Jesus and John Wayne.

The strength of the book rests in how it speaks from a place of whole-hearted compassion that pursues kindness and thoughtfulness as a general operating principle for life. The chapters follow a clear trajectory that first unpacks how art can teach you about empathy and then shows you how to express that empathy in your everyday activities. Moreover, the book doesn’t shy away from examining the hurts, warts, and ugliness of human existence, but instead asks the reader to recognize those things in themselves as a way to connect with others.

Most importantly, McCampbell never expounds upon her thesis using the lens of evangelism or soul-winning. Truly loving others as God loves us requires a global perspective with a vision for everyone on their terms and in their context. She argues that since we all need grace, warmth, and love, it’s essential we learn how to show it without attaching any conditions or expectations. Investigating art that embraces the liminal spaces, the gray in-between, and the uncomfortable realities of the real world might be the best way to open ourselves up to truly caring about others.

Depending upon your relative upbringing in evangelical Christianity, the popular media under examination might be enough for you to disqualify the larger aims of the book. But I’d argue that McCampbell wants to intentionally make some readers uncomfortable. She starts in relatively safe territory with a few choice short stories from Flannery O’Connor, especially “A Good Man is Hard to Find.” A bit of classic, Christian apologetics enters the fray with Pascal’s Pensees, Brueggemann’s Prophetic Imagination, and The Weight of Glory by C.S. Lewis. But I could tell that McCampbell wanted to shake things up when she offered a detailed walkthrough of Till We Have Faces, Lewis’ retelling of the myth of Cupid and Psyche.

From there, the book takes several fantastic turns digging into the more nefarious nooks, crannies, and crevices of the human condition. McCampbell takes these paths not to showcase how people are lost without Jesus in their lives – and how Christians should tell people about Jesus – but to reveal and revel in our collective humanity. Examples from shows and movies like Better Call Saul, Lars and the Real Girl, Tree of Life, Rectify, and Magnolia can help us see how everyone deserves love, compassion, and forgiveness – even if we think they don’t deserve it. And with books such as The Power and The Glory by Graham Greene, Hey Nostradamus! by Douglas Coupland, and Beloved by Toni Morrison, we can experience life through a range of perspectives, views, and voices that lie outside our own, a key element in opening up our hearts to others.

Ultimately, Imagining Our Neighbors As Ourselves can help us recognize how art can help us learn the difference between actual empathy and the shallowness of sympathy. By intentionally partaking of thoughtful art (no matter how it might offend our sensibilities), Mary McCampbell believes that we can look beyond our own experiences and contexts into a world that isn’t our own – even as we’re all humans on the same planet. True Christian empathy comes from seeing, hearing, and embracing the world, and sometimes that can’t happen until we cast aside the blinders of Christian culture to partake of art that reflects what humanity is and truly could be. 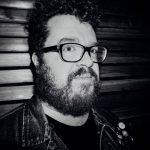 Adam P. Newton is a writer based in Houston, TX. He works in digital marketing for a telecom company, and in his free time, he plays games with his family, reads, writes, and listens to music. Find him online at: adampnewton.com