An Inside-Palestine Perspective on Advent

The First Advent in Palestine: Reversals, Resistance, and the Ongoing Complexity of Hope
Kelley Nikondeha

One of my seminary professors taught us to look at historical narratives in Scripture with three functions in mind—seeing the text as a window, a picture, and a mirror. A story can be a window we look through to learn something about the real time, place, and people depicted. At the same time, stories are pictures that the biblical authors “paint,” choosing which details to emphasize and in which light to portray events and characters. They are also mirrors, stirring emotions and self-reflection in the reader that should spur us to action in ways that the author intends as well as ways they could never have foreseen.

In The First Advent in Palestine, Kelley Nikondeha holds some of the most familiar narratives in the Bible up to the light, gazing through the window of the nativity story with fresh eyes. She also shows us these cherished texts as a mirror to call attention to the ways our world still despises people whom the powers have deemed “insignificant.” The picture she draws is sketched through her interaction with people and places around modern-day Bethlehem in the Israeli-occupied West Bank. What results is a beautiful reminder that, as priest and scholar Fleming Rutledge wrote, “Advent says that this world is full of darkness, and it was into such a world as this…that the son of God came.”

Nikondeha launches in through a part of Israel’s story that most Protestant Christians are deeply unfamiliar with, but which loomed large in the cultural imagination of all the participants in the advent story—the intertestamental period. These 400 years between the last of the prophets and the announcement of the birth of John the Baptist, are illuminated by the books of 1 and 2 Maccabees, part of what Protestants refer to as the Apocrypha or deuterocanonical books. These histories cover the families of Mattathias and Judas Maccabeus during the reign of the Seleucid Empire, a time of cruel oppression, violent uprising, and cycles of internecine brutality among the oppressed. Nikondeha situates the story of the Maccabees in the context of lament and the longing for a full, post-exile restoration, calling readers to see that “wrestling with suffering is the predicate to God’s deliverance” (8).

As the Romans came after the Seleucids, crushing the Maccabean kingdom, we are reminded that “One round of violence did not prevent the next, and God’s peace remained on a distant horizon, yet to be seen” (15). From this foundation, Nikondeha leads us through the contours of the nativity accounts in Luke and Matthew, bringing history and culture to light to help us see the full weight of the story being told. This longing for peace and its coming– always being delayed or tinged with violence– is the steady undertone of her work.

Through this lens, the story of Elizabeth and Zechariah illuminates the corruption of the priesthood and the longing for faithfulness. The annunciation highlights the violence of life in Galilee on the boundaries between Jewish and Greco-Roman identity. Mary’s visit with Elizabeth and their songs of praise showcase women under oppression who carry on the life and hope of a people. The journey to Bethlehem subverts the narrative of rude “innkeepers” with a story of rich hospitality operating beneath the surface of a cruel empire. The appearance of angels to the Shepherds brings God’s care for the outcast to the forefront of the new King’s birth. Israel’s story and the Davidic line carried through the humble obedience of Joseph contrasts the ways of power and righteousness. The Magi are revealed as co-sufferers under foreign empires and the star of Bethlehem as the light of hope for all nations. Herod’s slaughter of the innocent serves as an immediate reminder of the already and not-yet of this new Kingdom, and the return of the holy family to Nazareth shows the outsider status that defined Jesus throughout his life.

At each point in the story, Nikondeha connects people and places on the pages of Scripture with contemporary counterparts. Her deep love for the people of modern Palestine (and extensive time spent with them) comes through here. Stories of mothers, activists, teachers, tea shop owners, hoteliers, chefs, artists, and others in Bethlehem, Nazareth, and the villages outside Jerusalem help readers see the ways the peace of God promised in Christ is not yet fully realized. Her unpacking of the history of the land, through crusades, the Ottoman Empire, British Protectorate, refounding of Israel, and occupation shows the continuation of the stream of outside control that flows on from Antiochus Epiphanes, Caesar, and Herod. Families struggling to hold on to their ancestral homes or carve out a life of peace in ancient cities remind us that the hopes and fears of the world are still crying out for resolution. As she says, “the advent narratives demand we take the political and economic world of Roman Palestine seriously…. It is this very context that makes [them] contemporary” (181).

Readers expecting a manifesto against Israeli government policies might be surprised to find this book to be part exegetical reading of the New Testament, part travelog, part memoir. Nikondeha makes her case against injustice clearly, but in ways that underscore nonviolence, beauty, hospitality, and nurturing creativity as the true antidote. She anchors resistance to modern oppression to advent narratives, the slow outworking of the kingdom of God in unexpected ways through unexpected people in unexpected places. In this vibrant retelling of the advent story, Nikondeha displays deep biblical and historical scholarship. Some of her hermeneutical decisions, however, feel a bit speculative. She pictures Mary as a likely victim of physical and sexual abuse (47)—though without undermining the miraculous nature of Jesus’s  conception—and follows Walter Brueggemann in assigning the New Testament Joseph a contrasting identity to his Old Testament namesake’s alleged complicity with Egyptian exploitation (119-120) and a possible violent death in the Roman destruction of Sepphoris (170).

Overall, what Nikondeha has accomplished here is impressive. With poetic storytelling and economy of language, she mirrors the Middle Eastern hospitality she describes. Setting a full table, she warmly invites readers into the intriguing story of the birth of a Savior-King whose people still have work to do. Through the tumult of the world at Jesus’s first coming, she asks us to consider how it continues to roil as we wait for his second coming, and what we might do to live out the story in the meantime. 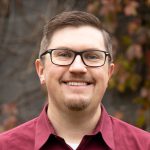 Justin Lonas is a poet, writer, cook, hiker, and aspiring theologian (slowly chipping away at an MDiv). He and his wife Rachel live in Chattanooga, Tennessee with their four daughters. By day, he serves churches and ministry organizations around the world through the Chalmers Center at Covenant College. His writing often explores nature, literature, and the church's ongoing struggle to live out the way of Jesus. Justin's website is jryanlonas.com.