The Pope who Quit (One Year Ago) 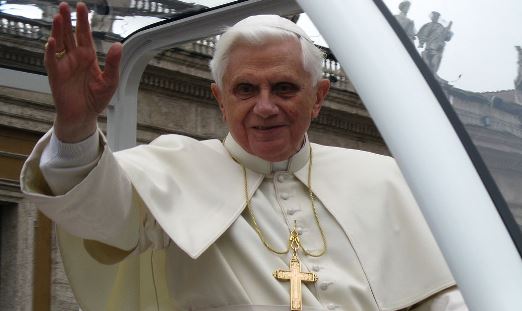 By 10:30am I was sitting in the offices of CBS News in Chicago, being interviewed by Jay Levine for the evening news. He was asking a lot of questions about my book published a year earlier, [easyazon-link asin=”0385531893″ locale=”us”]The Pope Who Quit[/easyazon-link]. What did I know? When did I know it? I didn’t predict that this would happen, I told Jay. I simply suggested that it could happen. There was a precedent, and there were signs.

In fact, there is only one precedent in history of a pontiff who willingly, and on his own accord, walked away from his job. In 1294, Pope Celestine V was elected by the College of Cardinals, ruled for fifteen disastrous weeks, and then abdicated before Christmas. No pope has freely quit since, and none has taken the name Celestine, perhaps because quitting was such a shameful thing to do. That is the singular precedent.

And then there were signs. You may remember that Benedict XVI’s predecessor, the incredibly popular Pope John Paul II, suffered famously and publicly from Parkinson’s disease during his papacy. The Italian press periodically reported that his health was hanging by a thread, or that he was enduring near suffocation, or couldn’t breathe fully on his own. On one occasion, the Vatican’s secretary of state, Cardinal Angelo Sodano, responded to a reporter’s question about whether or not John Paul II would ever consider resigning. Cardinal Sodano made headlines around the world when he responded: “We must have faith in the Pope. He knows what to do.” He left the door open.

Millions were calling JPII a saint before his death. They were calling Celestine V a saint, too, back in 1294. In our day, saintly qualities are expected of a pontiff, but similar traits did not fit the job description of a late medieval pope. In the Sermon on the Mount Jesus praises virtues such as meekness, compassion, love. To be a saint as head of the Holy See in 1294 exhibiting these in abundance was the ipso facto equivalent of being a fool.

Celestine V spent most of his time in private prayer instead of engaging with his responsibilities as a world leader, commander of armies, and keeper of the keys to vast treasuries. JPII was also accused of spending too little time focusing on administrative issues. There were many in the curia of both pontiffs who thought these men were dangerously negligent leaders. Looking back, JPII’s biographer, George Weigel, characterized what happened during his papacy by saying, “[H]e was reinventing the papacy as an office of evangelical witness rather than bureaucratic management.”

For his part, Celestine never had a chance to affect the world for good with an evangelical witness. There was no positive effect of a profound personal, spiritual witness in a pope in 1294 that could compare to the effect today when millions of faithful are able to witness the images of piety in their Holy Father every day, live, streaming on the Internet or broadcast on television. An angelic pope like Celestine V had no hope of saving the world through piety alone 700 years ago.

Then came the signs that Benedict XVI could resign. We speculated about it after the 2006 Regensburg University speech, for instance, when he referred to Islam as “evil and inhuman,” and again in 2010 as he failed to manage another growing sexual abuse scandal. Some people began to say that a lack of administrative and diplomatic skills—the same sort of ineptitude shown by Celestine V and JPII—might be a sign that Benedict no longer had the “taste” for the job.

But most of all, there was this: Benedict chose to align his papacy with the memory of the only pope to freely quit when he was visiting Celestine’s native L’Aquila, Italy after the major earthquake in April 2009. He quixotically removed the pallium, a primary sign of his episcopal authority, from around his shoulders and laid it on Celestine V’s tomb, never explaining what he meant by this to the puzzled media nearby.

When Benedict issued his resignation a year ago, he did it in such a business-like fashion, giving two weeks notice. I didn’t predict it – not in so many words – but like Celestine V 700 years ago, Benedict apparently wanted to get out alive.