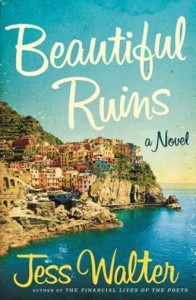 We All Want Something Beautiful

Growing up in the far south suburbs of Chicagoland, I was immersed in and surrounded by towns whose glory days had past. Gary, Indiana, collapsing into decay along with the steel mills and exported jobs, lay but a short drive to the east. To the west, Chicago Heights – former home of Al Capone and beautiful shopping centers and theaters and thriving industries – boarded up and falling down, its industrial zones like ghost towns. And my hometown, aging before my then adolescent eyes with the speed of time-lapse photography, now a place ?lled with only the memories of what is lost: vacant homes and failed subdivisions and shuttered businesses and overgrown parks. Sometimes when I pass through these old neighborhoods I am ?lled with a sadness that I can never quite put to words; it is a sadness rooted in the feeling that something beautiful has been lost, something that may never be recovered.

This feeling of ruined beauty permeates the atmosphere of Jess Walter’s latest novel, Beautiful Ruins. Walter’s narrative spans some 50 years and travels through Italy, the U.S., and England, and is not a singular tale. Rather, it moves back and forth through time and place, allowing the reader to see how the stories of nearly a dozen characters converge and diverge – some to converge again, some to spiral off into their own narratives, all to be affected by the actions of some of the others, all to show glimpses of beauty and ruin.

A central concern in the novel seems to be whether or not one can live a signi?cant life. Does anything matter or have purpose? Pasquale, a young Italian hotel owner at the beginning of the novel, reveals his thoughts on precisely this concern. Pasquale runs a tiny hotel that is anything but a tourist attraction. The Hotel Adequate View tucked away in the port of shame is humble and obscure, and looks to stay that way despite Pasquale’s desires for it to be something more. As he is hiking with his one and only guest at the time – an American actress named Dee who is there due to the manipulations of another of the novel’s characters – they come across some worn ruins of the Roman empire, and they prompt Pasquale to ponder his own signi?cance: “Sometimes the rubble of these old garrisons gave him a dull sadness. To think that this was all that was left of an empire; what mark could a man like him ever leave?” What chance does he have to do something signi?cant, to create something lasting, to be part of something that matters?

Maybe this is all the novel is about: the beautiful and terrible things that happen when people try to matter. A hotel owner who wants his little inn to be a destination spot, the actress who wants to be with the man of her dreams, the Hollywood producer who wants to remain forever young and powerful, the production assistant who wants to make just one good ?lm, the author who wants to make epic movies, the musician that wants to be adored by fans and loved by women. Alongside these desires is the tendency to dwell in the land of dreams, where the desires remain elusive and unful?lled. Pasquale has a moment when he is hit with the realization that he has not become anything he desired to be; he fantasizes about being a noble man who does the right thing while simultaneously he is ignoring the real right thing he needs to do: “This is what happens when you live in dreams, he thought: you dream this and you dream that and you sleep right through your life.”

World War II veteran turned alcoholic author and car salesman Alvin Bender has a similar epiphany, seen through the lenses of his one and only chapter to his ?rst and only novel. Haunted by an encounter with an Italian woman and the loss of a friend, he realizes that existing and truly living are different matters: “God, this life is a cold, brittle thing. And yet it’s all there is […] Years passed and I found myself still in that moment, still in the day my war ended, the day I realized, as all survivors must, that being alive isn’t the same thing as living.”


A musician named Pat, desperately trying to resuscitate his career and prolong his small bit of fame, ?nds himself in London starting over promoting himself as a musical comedian of sorts, and is dragging all the baggage of a couple of decades of ruined dreams and bad decisions and indiscretions and addictions along with him. As he restlessly wanders the city, he runs across a quartet of kids––a cellist, two violinists, and kid on an electric piano––playing Bach on a bridge over the river Thames, and is struck by the simple beauty of what they are doing:

Jesus, had Pat ever made anything…beautiful? The music these kids played was like a centuries-old cathedral; Pat’s lifework had all the lasting power and grace of a trailer. For him, music had always been a pose, a kid’s pissed-off reaction to aesthetic grace; he’d spent his whole life giving beauty the ?nger. Now he felt empty; shrill–a failure and an unknown. Nothing.

This initial experience does not wake him up so much as numb him, but shortly afterwards he begins to see himself more clearly. He realizes that he had not been truly living, he had only been striving to matter. “He felt as if he’d come through some tunnel, made a ?nal passage through the darkness, to the other side…He was done with all that now. He was ready to stop trying to matter; he was ready to simply live.” This is ?nally the realization that enables him to piece back together the ruins of his life, and experience something altogether beautiful in the end.

Jess Walter took a genuine risk with Beautiful Ruins. It could have ended up like one of those terrible ?lms with ensemble casts that never quite pull it together and in the end it is almost impossible to discern any real story having taken place through the chaotic shifting scenes and bits of characters. Somehow, Walter not only makes this story work, it is indeed beautiful. The movements through time and the addition of surprising new characters as the story keeps unfolding does not feel the least bit choppy, but ?ows smoothly between the different tales. The connections made between the characters and various story lines never feels forced or arti?cial, as could easily have happened. The intrusion into the tale of pieces of novels and proposed movie plots and screenplays and memoir excerpts are delightful in their own right, and are not mere distractions from the main tale, but are all vehicles through which the story moves forward and comes together, each piece being used to help form a cohesive story. Even the larger-than-life Richard Burton, careening madly about the coast of Italy guzzling wine, is no gimmick of comic relief to release the tension for us, but is an intrinsic part of the story, and is perhaps the most “beautiful ruin” of all.

When I Was a Child
I Read Books: Essays
by Marilynne Robinson
Only $3.99!!!