A Masterclass in Hope

How to Fight Racism: Courageous Christianity and the Journey Toward Racial Justice
Jemar Tisby

Every white person who is working to understand and combat racism has one thing in common—each has experienced an aha! moment when it became clear that “something is rotten in the state of Denmark.” Often (and sadly), it is the wrongful death of a Black man or woman. For many, the moment came when they watched George Floyd slowly suffocate to death under Derik Chauvin’s knee. For others, it happened when they heard about Breonna Taylor being shot in her bedroom or Ahmaud Arbery being hunted down by self-styled vigilantes while out for an afternoon run.

For me, strangely enough, it was not racism but sexism that opened my eyes. I was on the receiving end of a misogynistic comment in a room full of men, and when I mentioned it to one of them a week or so later, he had no memory of it. He even went so far as to argue that I must have misunderstood the comment because the guilty party “would never do something like that.” On that day and many others that followed, I had difficult conversations with myself, each of which ended with the same painful question: If he missed something so obvious, what have I missed?

Turns out, I had missed a lot.

Thankfully, I learned there was no shortage of material for a person who wants to fill in the blanks, and I dove in with both feet. But there’s always more to learn. That’s why I’m so glad Jemar Tisby’s How to Fight Racism, a worthy addition to that panoply, is finally available to readers. It is a perfectly timed book, one that can and will do much to aid Christians who are struggling to understand racism, their role in it, and what can be done to bring it to an end.

Early in the first chapter, Tisby states that his book “prioritizes the practical,” but practical doesn’t mean safe or predictable. On the contrary, he asks readers to do some pretty heavy lifting, to examine things that would be easier to leave alone. The book is structured in three sections—Awareness, Relationships, and Commitment—a model Tisby created called the “ARC of Racial Justice.” The first, awareness, is “the knowledge, information, and date required to fight racism.” Relationships, the second necessary tool, are “the tender heart of racial justice.” And the third, commitment, is the work anyone interested in true racial justice must do in order to bring about society-wide change.

In “Awareness,” Tisby begins his argument where any Christian should start—Scripture. Passages from the Bible have long been twisted to support racism and the subjugation of people of color. However, Tisby effortlessly proves the opposite is true—that “throughout the Hebrew Scriptures, God’s plan for salvation is built on the presumption of human equality and dignity and always assumes a multiethnic character.” After this foundational principle is secured, he then suggests several important racial justice practices that will help readers further sharpen their understanding, such as learning theology from the disinherited and treating racism as the sin it is.

The chapter that follows is probably one of the most provocative and necessary in the entire text, and it is one that all people—especially my fellow white Christian brothers and sisters—will greatly benefit from. In it, he asks readers to explore their own racial identity and write a racial biography using questions such as: From whom or in what period of life did I learn the most about race and diversity? and What concerns me about my racial past? These questions are uncomfortable, but asking them in faith and answering them honestly is key if we are committed to creating a more just world. As Tisby writes, “The ARC of Racial Justice encourages us to build our awareness not just of society but our own souls.”

In “Relationships,” Tisby helps readers understand how to do reconciliation right and build diverse communities. I found these chapters to be some of the most encouraging in the entire book because Tisby calls readers to a higher goal than mere “unity” or returning to “the good old days.” We shouldn’t look back in order to return there, but to understand where we’ve come from. Instead, we must journey forward together toward something altogether new and marvelous. There is a better path, a more honest and openhanded way of living available to us, if we are courageous enough to do what our Savior requires: demonstrate the reconciliation of Christ to a broken world. That means we must get beyond “occasional racial proximity,” which Tisby rightfully says is “too low a goal for reconciliation” and instead dig more deeply into the roots of our racial division.

This section is one of the most important for pastors and church leaders to read because Tisby explains not only why churches should acknowledge their congregations’ racial history but how it can repair the damage by reconciling with people harmed by racism and preaching sermons aimed at true racial understanding. That is what makes Tisby’s book different from others I’ve read—he openly and honestly explains the why and then gives the how. His words put a fire in readers’ guts and then help direct that passion toward productive and realistic goals.

The final section—Commitment—contains another trio of engaging chapters, each of them full to bursting with things we can actually get out there and do. And, better still, he acknowledges that we won’t always do it perfectly. “Fighting for racial justice entails a daily compact with yourself and others who do this work never to quit when it gets hard or inconvenient,” he writes. “It is a commitment to living in such a way that your entire life is a witness for racial justice. It is difficult to live righteously when it comes to race, but in doing so you are creating a legacy. Orienting your life in this way is about helping to shape your society into one that might be more equitable and just today as well for the generations that follow. It is about being a good ancestor.” There is no higher calling than that, beloved. No greater goal.

Tisby closes the book with a beautiful and intimate conclusion, and once sentence from it will stick with me long after I have loaned this book out or placed it lovingly back on my shelf. He writes, “Fighting racism is not just about how it changes the world; it’s also about how it changes you.” As a white woman raised in a middle-class home and afforded the blessings of higher education, a loving husband, and a fulfilling career, I have long benefitted from many different types of privilege. Yet despite all those good things, I was living only half a life at best. Why? Because I didn’t understand the truth of racism, and as a result of that, I had an incomplete understanding of myself. When I began my own journey to fill in the blanks over a decade ago, I had no way of knowing how the process would change me, but I am so thankful that I did. Jemar Tisby, with this book, has given me the courage and the tools to walk the next leg of the journey. How to Fight Racism is a proclamation to the church that cannot be ignored, a source of true encouragement, and a masterclass in hope. 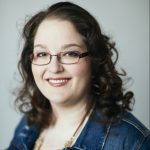