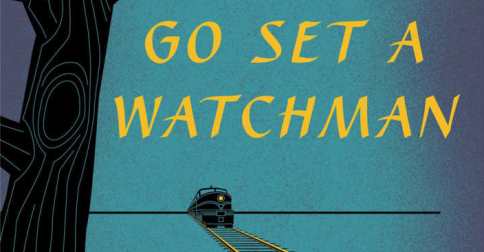 I’m Proud of You, Scout
How to Appreciate Harper Lee’s Go Set A Watchman

Editor’s note: Go Set A Watchman is one of our Books of the Month for August. Join us in our forums for conversation on the book, starting Sat. Aug 1…

Article, tweet and review after review have fixated on the literary world’s disenchantment with Atticus. That daydream of a lawyer. The ideal father. The man who fought for Tom Robinson when the rest of Maycomb would have liked to see him hanged. And along comes Go Set a Watchman, an unexpected sequel to our beloved To Kill a Mockingbird, to dash our perfect portrait of arguably the best character in literature.

And this is exactly what Lee’s “new” novel is about: disillusionment. Specifically, Scout’s disillusionment with Atticus; her epiphany that every person, regardless of their merits, is indeed human. Lee equated this realization with maturity. The following are a few ways to get the most out of Go Set a Watchman.

1. Don’t expect it to be To Kill a Mockingbird

If you loved To Kill a Mockingbird, you’re in the majority. It’s nearly perfect, with great characters and a memorable story, packaged in quotable, superb writing. But this second novel is different.

To some, different is a dirty word. When a book becomes a classic, it is almost untouchable. I was both nervous and excited when I heard that we were going to get another book by Lee. I knew that it wouldn’t be To Kill a Mockingbird, and I had to decide whether or not I was ok with that. I almost cancelled my pre-order on Amazon, but they decided to ship it a day earlier than scheduled (smart move, Amazon). I’m glad they did.

While there are some delightful flashbacks to when Jean Louise was still referred to as “Scout” they do not dominate the novel. If you can look at it as a different story with a different purpose, perhaps to teach more than to entertain, you will no doubt find yourself appreciating Go Set a Watchman.

I remember a 9th grader standing up in my class one day and slamming down her copy of The Old Man and the Sea. She was furious with me. “Why in the world would you have us read this?” she shouted. “It’s so depressing!” I took the opportunity to talk with my students about the place less enjoyable stories have in literature. Not all books are about walking away satisfied. Some are about learning hard lessons, stepping into someone else’s world, and becoming uncomfortable for a purpose. To Kill a Mockingbird manages to do all these while remaining endearing and enjoyable. Though I didn’t find Go Set a Watchman as satisfying, I found it equally important.

The higher the pedestal, the further the fall.

I fell in-love with Atticus a long time ago. He’s silent at the right times, and strong in that silence. When he speaks, it is with conviction and bravery, devoid of that cocky pride which tends to accompany confidence. He’s the most patient character I’ve ever read. At the point when most people lose their cool and shout, Atticus smiles quietly and says, “That will do.”

But, let’s be honest you want to know is whether or not Atticus is a racist in this book. Before my copy arrived in the mail, a friend who had been reading the swarm of articles surrounding the novel warned me: Don’t read it. Please. Mockingbird is practically hagiography where Atticus is concerned. Watchman introduces the flaws in his character.

Does this make it a failure of a novel, or does it lend some realism to the characters we have long admired?

The theme of this story is about watching our heroes fall. Do you remember when your favorite aunt lost her temper or when you found out your celebrity idol was an arrogant jerk? This kind of disillusionment is a part of life, part of growing up. Atticus seems to know that his daughter needs to experience it in order to become her own person with her own convictions.

You may be sorry, but I’m proud of you, Atticus tells Scout, after she thoroughly cusses him out.

I said I’m proud of you.

After witnessing her father and boyfriend attend a town council meeting where a man is given a pedestal from which to utter his racist rant, Scout is destroyed. She vows to leave and never come back, to disown Atticus and reject Henry’s marriage proposal.

We feel the pang with her—why is Atticus indulging racists? Her anger is our anger, because we’ve idolized him, too. But in reading Go Set a Watchman, we must grow up with Scout.

I’ve killed you, Scout. I had to, Atticus tells her.

At some point, she needed to think for herself. She had to recognize and accept that no one person, including Atticus, could act as her conscience. Though Atticus retains many of his best qualities in Watchman, he also gains complexity and depth through his imperfections. Readers will have a difficult time with it, just like Scout.