No Longer Strangers: Finding Belonging in a World of Alienation
Gregory Coles

My missionary father once mused that the only time he felt completely at home culturally was on the 747 between Entebbe, Uganda, and the United States. Greg Coles, who grew up as an evangelical, gay, missionary kid, leans into his own out-of-placeness to give us a heartening meditation on belonging in his new book, No Longer Strangers.

The topic of belonging is timely as the pre-existing—but aggravated by COVID—pandemic of separation and loneliness continues to ravage the world and especially the individualistic west. The antidote Coles provides is theological and psychological wisdom to help us know and feel that we belong. Unfortunately, Coles’s medicine is diluted with the individualism which is fueling the problem. I’ll get to that critique, but first, the book offers abundant insight on belonging to God and others.

In each chapter, Coles tells a story and reflects on the lessons it offers. For those of us who grew up in evangelical Sunday schools, the format (lacking only the flannelgraph board) will feel familiar. Coles’s reflections, however, are not moralistic mandates, but rather hard-earned lessons on how to live into fellowship with God, ourselves, and others.

Coles is a master storyteller. He nails the details, invents delightful analogies (for example he describes feeling as uncomfortable as “being at a vegetarian conference in a hot dog uniform”) and writes eloquent dialogue. His funny, vulnerable, writing rivals that of Phillip Yancey, or perhaps even Anne Lamott with fewer cuss words.

In one chapter he tells the story of how he almost died from dengue (“Like malaria—dengue’s more popular cousin who gets all the attention at parties . . . “) and how his community loved and showed up for him when he was at his most weak and useless. It is a beautiful vision of how we as Christians are to love each other because of our sacred worth rather than because of others’ utility.

In this time of polarization, Coles tells the story of his unlikely friendship with Rachel, a theological adversary. Rather than allowing their disagreements to push them apart, Coles revels in them, grateful for the ways they sharpen his own thinking. It is a healing vision of how we can live in love and unity as a church.

To do justice to the abundant goodness of this book, I feel like I should go on describing the wisdom that Coles imparts. To do so, however, is painfully reductive. It is much better to read Coles’s stories than my simplistic summaries.

This book particularly resonated with me because I too grew up as an evangelical, gay, missionary kid. I remember returning to the United States when I was eight years old and showing up for school as a culturally alien, bookish, non-athletic nerd. While I didn’t realize it then, that began my life-long quest to belong. Like Coles, I’ve found great blessing in leaning into the Christian story. Along these lines, however, I think Coles misses an important part of the Biblical witness.

Scripture is not mostly a self-help book that offers counsel on how to rearrange our internal theological and psychological furniture. Rather, it is a story about how God invited Israel, and now the church to live God’s way of love and bless the world. We are invited to belong to this new, all-encompassing, economic, political, social, spiritual, kingdom of God reality. Jesus’ invitation is not so much to be better individuals who fit more comfortably in a worldly system, but rather, to form a new system.

In one instance, Coles befriends a man named Buck, who as his name might suggest, is a wild and difficult character. When the friendship decisively ends, Coles wonders if he could have done better at helping Buck feel that he belonged to Coles. It is endearing that Coles asks that hard question of himself.

It is a subtle miss, but a crucial one. The Christian call is not to make Buck feel like he belongs to Coles. The call on Coles is to invite him to belong to Jesus and his body (of which Coles is a part). Only a functioning body with all its gifts of pastoring and healing and friendship and encouragement could meet Buck’s great need. There are, unfortunately, few such functioning churches . . . and that is the real problem. We are so busy making our own lives work out that we don’t make Jesus’ body available to people like Buck.

Elsewhere, Coles misses social, economic, and political realities that are larger than the individual. For instance, in a chapter entitled “Laundering,” Coles relates how as a not-so-rich grad student he began a tradition of loading up his dirty clothes in a mesh bag and toting them across town to do laundry at Ben and Bethanne’s house. As he continues to make this trek, he finds himself falling into conversation with Bethanne as they fold clothes, exchanging jokes with Ben, and staying late for impromptu dinners.

Coles might have reflected on how belonging is often best built by our concrete needs for each other. He might have noticed how the first Christians “had all things in common” (Acts 4:32) as an economic practice that helped make their communion real. He could have mused on Jesus’ warnings against Mammon since chasing after it makes us less connected to others as we strive to be self-sufficient. Coles settles, however, for the psychological insight that the deepest longings of humans are met “not in the spectacular, but in the day to day.”

Actually, it’s not Coles who says that but his aliens. In the introduction, Coles cites 1 Peter 2:11 which says “Beloved, I urge you as aliens and strangers to abstain from fleshly lusts which wage war against the soul” (NASB). Coles explains that he and a childhood friend would crack up at the idea of being “tentacled extraterrestrial beings covered in slime.” Coles goes on to use the metaphor as a way of talking about how many of us feel like outcasts. He then employs aliens to introduce each chapter with an outsider insight.

Weird verse that 1 Peter 2:11 is, it is urging us to be aliens and strangers. It’s an odd way to introduce a book called No Longer Strangers. This names my concern . . . that by focusing belonging on interior feelings and thoughts, the book tends to accommodate us to our culture rather than helping live as strange ones in this world—people who live as an alternative community.

By not focusing sufficiently on the social and political aspects of belonging to God’s kingdom I worry that a) our belonging can be misdirected (to whiteness, Trump, the Democratic party, America, our identity group, our baseball team), or b) that we miss who it should be directed to (such as our fellow Christians who are undocumented or persecuted Christians in other countries).

To be fair, there are times in No Longer Strangers that Coles does allude to political and social realities. On his airplane flight from Indonesia to the United States, he reflects, “There was only one nation I was pledging total allegiance to, and it wasn’t on a world map.” When Coles proposes that we “take Jesus’ words about the family of God seriously” he begins to suggest a transformative social order. After a startling encounter with a sick Indonesian man on a bus, Coles reflects that “Young or old, rich or beggar, healthy or bleeding, holy or heinous, Brahman or Untouchable—the boundaries all dissolved in his [Jesus’] company.” Perhaps these seeds will grow among his evangelical readers.

Coles’s book does accomplish social and political work as it creates bridges toward both conservative evangelicals and progressives. Since he is gay, his winsome stories may convince many conservatives that sexual minorities like Greg belong in the evangelical tribe. On the other hand, for progressive Christians who have come to feel contempt for all things evangelical, Greg’s generous heart and integrity will help many remember that in spite of the differences, all those who name Jesus as Lord belong to one another.

In spite of my concerns, I thoroughly enjoyed No Longer Strangers. His stories and wisdom deserve to be savored. I disciplined myself to read just one story each Sunday morning as part of my devotional time. His stories depict the life of someone who has completely abandoned himself to God. He reminds me of a friend who got the phrase “Property of Jesus Christ.” tattooed on his back, just below his neck. In an individualistic age where we tend to think we belong to ourselves, Coles shows that belonging to God is the way of joy and blessing. Such examples are sorely needed and thus No Longer Strangers is a treasure. 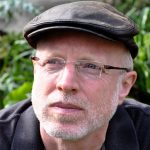 Tim Otto is the author of Oriented to Faith: Transforming the Conflict over Gay Relationships and may be followed at @Tim_Otto.