A Satisfying Friendship
A Review of

While C.S. (Jack) Lewis’s friendships with the Inklings is well-known and celebrated, his friendship with Dorothy L. Sayers has not been as widely recognized. Gina Dalfonzo’s Dorothy and Jack captures the endearing friendship between these two great literary figures. The book effectively showcases their differences and similarities, which ends up in a well-balanced friendship through which we can peer into.

Dorothy and Jack’s differences may have been the most evident: their genders, their personalities and their individual perspectives. But a most interesting and solid friendship emerges as Dorothy and Jack share much in common. They both possess literary talent, strong convictions and a gift for combining the intellect with the imagination. They also had to navigate their Christian faith in public, as they were often sought out as authority figures on religious matters.

Through their friendship, we get to discover parts of their personalities we would not have known otherwise. Although dear old Jack is often placed strictly in the company of men, he did hold his friendship with Dorothy to a high esteem. Due to his upbringing and background, Jack did hold certain biases, but he was not encumbered by them. Instead, he welcomed a friendship with a woman. And this was no typical woman—Dorothy had a strong personality with even stronger opinions.  But Jack discovered a kindred spirit in Dorothy, and as he got to know her more, he began to appreciate her unique qualities.

Each friendship brings a new perspective, and this cross-gender friendship offered much value to Jack and Dorothy. Being one of the first women to graduate from Oxford, Dorothy found herself in a male-dominated world. Having Jack as a friend and confidante offered Dorothy much encouragement, someone to bounce off ideas with and gain fresh perspective. In the same manner, Dorothy encouraged Jack in his work, particularly at points where his male friends may not have provided much needed support and even sensitivity. They both felt comfortable in their friendship to engage in lively, open discussions and serious critiques. They kept in regular contact through letters and also in person visits, whenever possible. They encouraged each other and came together as friends often do, minimizing their differences and focusing on common values.

Their personal experiences of dealing with life’s inevitable challenges touch upon a deeply human element. Not only did they experience personal hardships, but they also faced professional challenges. Yet Dorothy and Jack approached each challenge with courage and humor. As with most relationships, there were also times of disagreement in their friendship. Despite these disagreements, they held tremendous respect and affection for one another. While Dorothy and Jack began a friendship based on common interests, it evolved into a strong bond in which they shared about life in general.

Tucked in between their interactions, we find that they shared literary influences, as they both admired G.K. Chesterton and became friends with Charles Williams. While the book does go into a little too much detail about Williams, it does provide the reader with further insight about the literary landscape at the time. After all, Williams also provided some encouragement to Sayers in her academic endeavors. However, it was her dear friend Jack who was the steady anchor in Dorothy’s life.

Qualities of a satisfying friendship that can be gleaned from the book: mutual respect, admiration, ability to listen, provide helpful critique, encouragement, sense of humor, sharing of common interests and values, and a vulnerability. While it is good to be wise about navigating friendships between genders, Dorothy and Jack show us what a blessing a cross-gender friendship can truly be.  But beyond that, they show us that when we find a true friendship, we should appreciate it, nurture it and allow it to take deep roots. 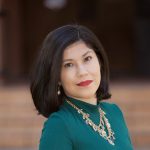