Marriage and the ‘Emptiness’ of Everyday Life

Choosing Us: Marriage and Mutual Flourishing in a World of Difference
By Gail Song Bantum and Brian Bantum

Shortly before my copy of Choosing Us arrived in the mail, my social media feed informed me that Zen teacher Thich Nhat Hanh had died. In the world of my feed, this was a big deal. I proceeded to return to his writings, as I am prone to do periodically. But this time, I moved beyond the familiar tropes of mindfulness meditation practices. Instead, I was confronted with an entirely new way of experiencing and moving through the world. I was face to face with “emptiness.”

Nhat Hanh went through great pains to make the Buddhist scripture known as the “Heart Sutra” accessible to practitioners, as he was very concerned that the language of emptiness would devolve into a slightly elevated form of nihilism. And so, in his book The Other Shore, Nhat Hanh explains that all objects, beings, and concepts are “empty,” not in that they’re meaningless or that they don’t exist, but rather, that none of these can be characterized as separate and distinct self-entities. In other words, all things– to some degree– contain everything else. For example, the flower only contains non-flower elements: water, soil, a garden, a gardener, the gardener’s mother, the person who made a rude comment to the gardener’s mother that day, etc. So it goes, all things and concepts don’t simply exist, they “contain multitudes,” they are communities and compositions, they are names and narratives, they are ecosystems and ecologies.

So what does this have to do with a book on marriage? And marriage in the Christian tradition at that? Well, I confess that while I began reading Choosing Us through the lenses of Nhat Hanh’s Buddhist phenomenology, it must be stated, consistent with those lenses, that it is impossible to read or experience anything without lenses of some kind. If Thich Nhat Hanh hadn’t passed away when he did, it is very likely I may have begun reading with my default lenses of the white, patriarchal, religious/evangelical capitalism that has shaped my social formation, for which I must daily repent.

Perhaps it could be said that my lenses were a timely gift, consistent with the Christian framing of a marriage that is constantly evolving, colored and enhanced by difference. “Continually choosing each other means relearning the one we’ve committed to” (43), precisely because your spouse isn’t an “other,” but rather, your spouse is a world, and a shared one at that. Understanding one another means understanding the worlds that are embodied in and interconnected with the other, and bodies themselves are irreducible ecologies. They are biological systems, historical narratives, and mediated experiences. As this book reminds us more than a few times, our bodies continually do work in the world. So it’s imperative we learn to look deep enough to see that there is no such thing as a self-contained “self”.

On a personal note, I deeply resonate with the Bantums’ descriptions of cultural hybridity and in-betweenness. As an Asian American man adopted and raised in white evangelicalism, married to a white woman from a decidedly non-Christian home, who together, have similarly traversed the country with kids in tow in search of fulfillment and belonging, I found the questions raised and stories depicted in this book very familiar, if not comforting. My wife and I also happened to have adopted the Bantums’ “golden rule” of sorts, cited as “We don’t do anything big until we both feel total peace in the decision” (111), even down to their poetic rendering of “peace” as “‘resonance’–a hum that you feel when the notes ring into a chord” (112). The times have been few and far between, but I can say with confidence that my wife and I have felt that.

Another key insight that sets this book apart from just about all other marriage books is its emphasis, not only on race and culture, but particularly on the ways that these structural realities embed themselves in the plain sight of everyday experience and identity. The insidiousness of today’s white supremacy and patriarchy are their claims on normalcy and comfort. They are twin-felt realities with their own brand of ethical inertia. In light of this, Gail and Brian are able to recast marriage within the radicality of prophetic and liberative witness. I love the part when Brian tells the parable of the equidistant grocery stores:

“…we will usually choose different stores. I will choose Harris Teeter with its large organic section and free cookies. Gail will choose Kroger where “the people” are. When we first discussed it, it was a seemingly innocuous detail and preference, but as I thought about it more, I was gravitating toward a familiarity and, in all honesty, toward an association that had been instilled in me growing up. Gail gravitated toward Kroger and its resonance with her strongest senses of belonging with people of color. This seemingly small detail was something we talked about, and sometimes even teased the other about. But we also had to recognize how powers of representation crept into our daily lives” (58).

Learning to read and identify the prowess of ideologies, racial or otherwise, teaches us a deep truth. Ideologies are always mediated: they are the minor fantasies that add up to an everyday experience, guiding us by way of wish fulfillment, one consumer choice at a time. In this manner, we learn to render these composite sketches of dream and desire as “identity,” and we learn to share them with others. Indeed, “It’s never about one moment in particular but about wider patterns and how each person is coming to a deeper understanding of the histories, challenges, and power of realities that are different from their own” (72). This is the level of cultural criticism we’ve been gifted with in this book.

Compare these insights with the theological reflections on gender, whereby we are reminded that the creation narrative has often been co-opted by the patriarchal imagination and yet, we are graced with the new creation narrative of Mary, mother of Jesus, “implanted with a new way of being and living in the world” (93). In describing Joseph’s role in the story, we are reminded that the most vital and subversive acts are performed in the same arena as their ideological projections: the everyday. Joseph, with nothing but his name and his donkey, is relegated to the supportive role of husband in the midst of Mary’s call as handmaiden of the Lord, and it’s exactly what is needed of him, nothing more, nothing less.

And finally, we’re treated with a pastoral wisdom that critiques the familiar cliches of living a “balanced” life that skillfully learns to “juggle” priorities. We are not meant to be mere circus performers. Rather, we are exhorted to recognize the biblical notion of “seasons.” Gail offers us the enormously helpful metaphor of glass bulbs and rubber balls. In the journey of life, sometimes particular elements, i.e. children, career, a spouse, or the marriage itself, might need particular attention and to be handled with care (glass bulbs), while other responsibilities in those times can safely be dropped, and presumably bounce back with resiliency (rubber balls). It’s a realistic and learned wisdom that deeply understands our limits as humans, caretakers, and lovers, yet provides a way forward with sensitivity and empathy.

The last, and perhaps most significant aspect of Choosing Us, is its framing of marriage from a covenantal perspective. “Covenant is a way of being in the world that says, ‘I choose not to be who I am without you’ (134). Again, it’s the everyday projections of white supremacy and the dreams of patriarchy that have lulled us into a false normativity, re-defining everything from marriage, culture, success, relational hierarchies, and the very notion of a self-contained “self.” So marriage is but one space where we can practice and embody covenantal “emptiness,” where we can practice looking deeply at our beloved with empathy. We can see not only generations of pain and brokenness in the form of law, politics, economics, culture, and every manner of social formation, but also “God’s creative work, of God pressing God’s own breath into dirt and clay … that bears something of God in their bodies and souls” (134).

It is with immense gratitude that I recommend this book to married folk, newly, seasoned, and soon-to-be, alike. As a husband myself, I can say with confidence that it is of particular importance for men—men who continually need to be probed by the question: Is it a man’s world? I’m taking this to heart in the liturgy of my own marriage, praying that I may be graced to participate and feel more and more the “invisible work” as performed by my wife. Lord, forgive me. And forgive us all. 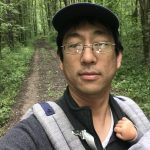 Joshua E. Livingston is a writer and community developer currently residing in Indianapolis. He is the director of Cultivating Communities and the author of Sunrays on the Beachhead of the New Creation (Wipf & Stock, 2021).