If Music Be, Play On

In his Signposts in a Strange Land, Walker Percy makes an astonishing and devised claim. He writes his “own hunch is that only a major theological vision like Dostoevsky’s can accommodate such evil, that a truly demonic age is too much for writers of sociological realism.” With Brisbane, Eugene Vodolazkin, the artistic grandson of Dostoevsky, continues to develop his novelistic philosophy exploring how death contributes to life’s baffling meaningfulness. When death comes, no matter how long someone lives, we the bereaved can always ask “Already?” That sort of permanence comes fast. Hopes, ambitions, goals—these too die with the last breath, if they have stayed alive even that long. It is perhaps one of the final gifts the dying give us, a renewed relationship to time.

Vodolazkin’s novels are a kind of intellectual and spiritual aid for our own present impoverishment. This was demonstrated when a translation of his Laurus exploded onto the English-reading literary scene in 2015. I think Vodolazkin’s work often grapples not so much with the problems of a-spirituality as with the dilemmas of spiritual homelessness.

The novel takes place between 1971 and 2014, focusing on the rise and fall of Gleb Yanovsky, a virtuoso guitarist who must come to terms with the loss of his identity. The chapters alternate between Gleb’s past—his childhood and happy memories—and Gleb’s present, when he is diagnosed with Parkinson’s disease. It is in the throes of his diagnosis he meets Vera, a young, virtuoso pianist dying of cancer. Gleb knows that his days as a celebrated musician are over, just as he knows Vera’s days are themselves limited. While at times I did find myself disengaged from the diary-memoir form of the novel—an early section writes of Gleb in the third person, while Gleb writes or is written about in the first person—what has lingered with me are the questions Vodolazkin inspires. Vodolazkin avoids sentimentality by focusing on what must be called the “boring” parts of Gleb’s life. We move quickly through his education, his early successes, even his rise to fame. Far more are we given the failed dreams, the unmet expectations, the ways plans change because of these realities, the way even our appreciation of what we once loved can be altered unexpectedly, even undetected, “Gleb lost his taste for playing beautiful pieces, as if the Mozart hit was the reason for his failure. He came to like those which at first glance did not seem beautiful…This love was a special kind of feeling, an attraction to beauty through complexity because complexity had its own beauty” (42).

We might have expected music as the novel’s central metaphor. As performance, music is a better metaphor for life than painting or sculpture, which brings something tangible and physical into the world. While music can be transcribed, it is meant to be experienced, and once experienced, is over. Music tends more toward the ideal. “Gleb’s performance [was in] the sphere of the unrepeatable” (127). But a central metaphor of music is not what Vodolazkin gives us. He gives us a city, a name on a map, and two artists cut down in the prime and ascendency of their craft.

Why is it that we are tempted to weigh our lives by those dreams and ambitions that have gone unfulfilled? Why is Brisbane, the unreached, distant and foreign city, the measure of success? Why is Brisbane the novel’s title? Brisbane is not Gleb’s obsession, but that ever-elusive goal Gleb puts off, and cannot achieve. When asked in an interview why he frequently mentions Brisbane, Gleb answers that in Brisbane, it’s always summer (54). Brisbane is equated with paradise, elusive even through the rumors heard of it. Brisbane stands for the let downs and disappointments of life, for those ambitions we have which cannot and will not be achieved. Our own endeavors will, perhaps, prepare others to succeed where we have failed—and our response to this reveals either our joy or our selfishness.

In one of the penultimate scenes, Gleb, his wife Katya, and Vera visit a medieval Byzantine chapel. There they see Father Nektary praying. After an interaction with him I don’t want to spoil, Father Nektary says to Gleb: “If your days are shortened in this disease, then know that then your days will be given depth instead of length” (325). By contrast and complement, I am reminded of a lengthy excerpt from Henry James’s What Maisie Knew, “No themes are so human as those that reflect for us, out of the confusion of life, the close connexion of bliss and bale, of the things that help with the things that hurt, so dangling before us forever that bright, hard medal, of so strange an alloy, one face of which is somebody’s right and ease and the other somebody’s pain and wrong.”

This joining of “bliss and bale” is only part of what Vodolazkin excels at. What Vodolazkin explores is how our own bale can reflect our own personal bliss. They are not one, but they are alloyed together. Whereas James needs two people to understand the other, Vodolazkin requires one. The doubling of characters in similar situations (Gleb and Vera) serves to heighten the themes explored, and allows for the continuation of Dostoevsky’s dialectical style that Vodolazkin develops.

In 1965, Rabbi Abraham Joshua Heschel delivered an address to the General Assembly of the Council of Jewish Federations and Welfare Funds. One of his admonitions found in Heschel’s book Moral Grandeur and Spiritual Audacity is that “intellectual aid” was the most pressing need that General Assembly could attempt to address” (18-32). The intellectual aid of Torah that Rabbi Heschel advocated was at the same time a spiritual aid. In Brisbane, Vodolazkin challenges the Western spiritual measures of success. Gleb might argue that this measure is in two four, the two beats being the past and the present. “There aren’t that many meters that correspond to human rhythms,” one character observes” (301). While that may be true, Vodolazkin has listened carefully to that rhythm. Brisbane is a worthy addition to Eugene Vodolazkin’s oeuvre, each work further proof that maestro is no exaggerated nor unearned title for him. 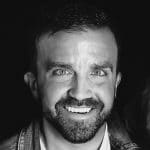