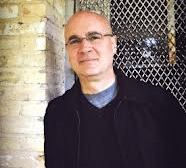 In 2013, we are encouraging our readers to mix up their reading habits, and read (or re-read) classics in addition to new books, such as the ones we review here in the ERB.

Broadly speaking, a classic is any book that is not a new book, or in other words that is worth reading five, ten or even one hundred years after its initial publication. ERB Editor Chris Smith has an article on The Huffington Post website arguing for reading a mix of classics and new books in 2013.

We’ve asked a number of noted writers to pick the classics that they often return to, and we will be running these lists as a weekly feature on our website through 2013.

This week’s post in the series is by novelist Doug Worgul.

Doug Worgul is the author of the Englewood Review’s 2012 Novel of the Year, Thin Blue Smoke. He was born into a family of preachers, teachers, and writers, in the state of Michigan. He now resides in Kansas City where barbecue and the blues are a way of life. A strong sense of place is a major theme in Doug Worgul’s fiction, as it has been in his career as a newspaper journalist and editor of regional and national magazines. He is a nationally-recognized authority on the history and cultural significance of American barbecue traditions. He is married and has four daughters.