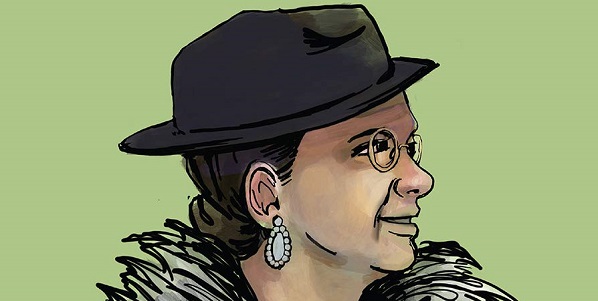 This week marks the birthday of Dorothy Sayers…

Dorothy Leigh Sayers (13 June 1893 – 17 December 1957) was an English crime writer and poet. She was also a student of classical and modern languages. She is best known for her mysteries, a series of novels and short stories set between the First and Second World Wars that feature English aristocrat and amateur sleuth Lord Peter Wimsey. She is also known for her plays, literary criticism, and essays. Sayers considered her translation of Dante’s Divine Comedy to be her best work. Sayers’ obituarist, writing in The New York Times in 1957, noted that many critics at the time regarded The Nine Tailors as her finest literary achievement.

Sayers’s friendship with C. S. Lewis first began as a fan letter she had written in admiration of his Christian apologetic novel, The Screwtape Letters. Lewis later recounted, “[Sayers] was the first person of importance whoever wrote me a fan letter.” He expressed his mutual admiration in a responding letter, calling her The Man Born to be King a complete success and continued to read the play cycle every Holy Week thereafter. Their ongoing correspondence discussed their writing and academic interests, providing one another with criticisms, suggestions, and encouragement. Carol and Philip Zaleski note, “Sayers had much in common with Lewis and Tolkien’s circle, including a love of orthodox Christianity, traditional verse, popular fiction, and debate.” Though the two became friends under the circumstance of shared academic and theological interests, they had their disagreements regarding the movement towards the ordination of women in the Church of England. Lewis, in opposition to the movement, had written to Sayers in request that she would also speak up against it. However Sayers, unable to see any theological reason against such an ordination, declined, writing back in a letter, “I fear you would find me rather an uneasy ally.” (via Wikipedia)

IMAGE CREDIT: From the cover of the recent Sayers biography, SUBVERSIVE by Crystal Downing