The Subversive Faith of Dorothy Sayers

Dorothy Sayers’s Gaudy Night, a mystery novel set in a fictitious Oxford woman’s college, sat on my shelves for two decades before I finally dove in during the summer of 2019. From there, I read all of the mysteries Sayers wrote, despite my inherent dislike for the genre. Sayers’s mystery novels are not religious or allegorical; she wrote them to earn an income, eventually finding them lucrative enough to leave the advertising career upon which she had embarked out of necessity. Something about the books, though, left me wondering what deeper thoughts Sayers was thinking while she was writing about Lord Peter Wimsey, brilliant detective, logician, and PTSD-sufferer. This led me to Sayers’s larger body of work, much of it theological in nature, and at times seemingly at odds with her success as a novelist. Reading Crystal Downing’s Subversive: Christ, Culture, and the Shocking Dorothy L. Sayers connected many of the disparate dots that I uncovered in reading so much of Sayers’s work at once.
*****
Eighty years ago, Dorothy L. Sayers – advertising writer, mystery novelist, and theologian – set out to write a radio play about the life of Christ. Developed with the BBC, The Man Born to Be King retold the life of Christ in eleven parts through stories known to every Sunday School attendee, but she wrote with a twist on tradition. Sayers used common English vernacular, and even slang, to make Jesus’s life and ministry seem vibrant and contemporary to listeners. Before the series ever entered British living rooms, Sayers found herself mired in controversy. After all, a centuries-old Puritan law forbade public portrayals of Jesus. (The BBC felt that since no one would see the actor portraying Jesus, the series remained in legal compliance.) Additionally, people were shocked to hear language other than that of their preferred Biblical translation coming from the mouths of Biblical characters.

As complaints poured in, Sayers defended herself and the series, and production continued in the dark days of 1941. The series went to air in December of that year, only two weeks after the Japanese attack at Pearl Harbor and American entry into World War II. It continued for two months, and by its end, Sayers received more letters from listeners who felt encouraged and inspired in their faith than she did from detractors – though those certainly still arrived. Sayers’s own faith underwent a transformation through the writing and production of a play about the architect of Canterbury Cathedral’s 11th-century rebuilding. Thus, she was hardly surprised to learn that her radio work impacted its listeners so strongly.

In Subversive, Crystal Downing uses the story of how The Man Born to Be King went from scandalous radio drama to a text studied by British schoolchildren to illuminate Sayers’s impossible-to-pigeonhole life. Downing intersperses stories of the radio series with biographical snippets at the beginning of the book to establish what she sees as the orthodoxy of Sayers’s faith. Since Sayers opposed any attempt by the reading or listening public to set her up as a Christian celebrity, Downing relies on Sayers’s interviews, correspondence, and lectures to add clarity to the ideas that shine through her fiction and non-fiction writing. Downing also uses a bit of humor, much as Sayers herself did, to show the interplay between the expected theology of a woman of her era and education, and the often very different and subversive reality.

In this subversion, Downing finds ample evidence of Sayers’s orthodoxy. While many in her day (much as in ours) felt that maintaining religious activity and observance without change was essential, Sayers argued that all religion was a product of its place in history, and that reminding ourselves of the shocking nature of the incarnation and resurrection was the job of every Christian. Downing addresses the “exchangist” nature of much popular religion: if I do x, y, and z, then I deserve my eternal reward. This was the sort of traditionalism Sayers eschewed. She advocated a thinking faith, one that could handle the mind-blowing notion that God’s work in the world did not rely on proper behavior from God’s followers. Sayers also criticized certitude, as best exemplified by Judas in her radio version of Jesus’s final days. Believing that certitude was the polar opposite of faith, Sayers strove to demonstrate that Jesus himself subverted tradition, and that contemporary Christians ought often to do the same.

While modern readers might label this as progressive, Sayers does not allow herself to be so neatly labeled. While pointing out the many ways in which Sayers diverged from the neatly boxed faith of her youth, Downing also reminds us that Sayers was no relativist or universalist. She argued publicly for the inherent value of Christianity. She believed in a sacramental faith, and mistrusted emotional worship. Equally, she saw the relationship between people and God reflected in God’s work in Creation. Downing uses Sayers’s The Mind of the Maker to exemplify this idea, including Sayers’s correlation between the Trinity as God and creative ideas, power, and energy as the image of God (imago Dei). A devoted Trinitarian, Sayers’s orthodoxy included full appreciation for the human/divine duality of Jesus, and the indwelling of the Holy Spirit. Simultaneously, she was subversive enough to liken the Holy Trinity to acts of creation performed by ordinary people.

At its core, Subversive preaches to the already converted; it assumes a working knowledge of Sayers, her era, and her contemporaries – namely, C. S. Lewis and J. R. R. Tolkien. After all, the author co-directs a center for the study of Lewis & Co. at Wheaton College. Nonetheless, even the more casual reader can find a great deal to mull over, especially in the final chapter, where Downing provides a scathing Sayers-infused rebuke of politicians attempting to recast Christianity in their own image. She cites Sayers’s WWII-era criticism of nationalism, and references Sayers’s writings regarding political leaders who use religious rhetoric as convenient to inspire and ignite their followers. Despite eight decades of distance, modern readers will not fail to think of current examples that could illustrate each of these points. In so doing, those readers will find themselves better understanding the subversive faith of Dorothy Sayers. 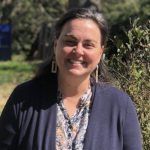 Sarah Blascovich Brown lives, reads, and writes in Lithonia, Georgia, just east of Atlanta. A former classroom teacher, she is passionate about education and literacy. Mom to three and wife to one, Sarah spends most of her online time on Instagram, where you can find her @readitmakeit.