Subversive Witness is author Dominique DuBois Gilliard’s excellent exploration of privilege properly stewarded in a Kingdom-oriented life. Gilliard challenges the reader to consider biblical examples of privilege and relate the characters’ struggles and choices to effect changes in the reader’s life. Within the scriptural examples, Gilliard brings together a multitude of voices, including modern theologians, biblical interpreters, social critics, and activists, to create a choir of prophetic witnesses to sing out his ideas. Though a deeper look at abandoning privileges which can be renounced and shed would have been fruitful, Subversive Witness remains an effective and accessible account that privileged Christians – especially white, American Christians – can use to reexamine privilege in scripture and consider changes in their own life to further the Kingdom.

Gilliard believes privileged Christians can utilize their privilege in effective ways. For many, the challenge of leveraging privilege becomes one of understanding complicity, stoking desire to change, and conquering fear. To overcome these obstacles for his Christian audience, Gilliard reexamines biblical characters who “used what God entrusted to them to bear a subversive witness” (Introduction, xxi). The book’s numerous exegesis passages reframe the narratives of biblical characters to demonstrate how counter-cultural their actions were in their time and how relevant their example is today. Some of Gilliard’s most effective examples come from overlooked characters, such as Pharaoh’s daughter, Esther, and Zacchaeus. Yet even within these figures, one can see how privilege derived from royal and political proximity or one’s occupation is a privilege worth reexamining, reconstructing, and properly stewarding. More famous biblical figures are also examined (Moses, Jesus, Paul and Silas), and Gilliard uses their stories to explore ideas of identity, citizenship, and race.

For all of its excellent exegesis and spiritual reckoning, one can’t help but wonder if Gilliard could have gone further in his critique of privilege. Privilege is not a ‘good’ thing – Gilliard describes privilege as “a social consequence of our unwillingness to name, turn from, and address sin” (Introduction, xviii). As such, privilege is directly related to sin. But Gilliard’s call to the reader is not to abandon privilege, nor seek another way of living. Rather, privilege is a consequence of sin that one learns to live with and use effectively. While this ask is practical – one cannot expect to overturn systemic sin and privilege – the reader may wonder why Gilliard does not further explore the Christian’s call to ‘cast away all works of darkness’ (Romans 13:12). Two contemporary works in the genre of racial social critique take this step – Ibram Kendi’s How to be an Antiracist and Robin DiAngelo’s White Fragility. Kendi and DiAngelo push their audience to consider the radical notion of abandoning the conveniences of racial privilege and capitalism to align more fully with oppressed people. Some of the privileges Gilliard names (political proximity, occupation) are privileges that holders should be challenged to reconsider and shed. And while abandoning all privilege isn’t Gilliard’s project, nor is it something one can fully accomplish given the world we live in, one might wonder if his practical call to subvert privilege isn’t revolutionary enough. Christians believe in a God who abandoned all privilege to become a marginalized man to save humanity. What an example of revolutionary action and privilege abandonment we have right before us!

At its heart, Subversive Witness is a call for white, Western Christians to reexamine and properly steward their privilege in light of America’s recent racial awakening. The book is very relevant, published in 2021 yet naming the racially motivated killings in 2020 of George Floyd, Brianna Taylor, and Ahmaud Arbery. Gilliard uses the brightest contemporary writers of race and theology as interlocutors throughout, bringing his voice into conversation with Willie Jennings, Bryan Stevenson, and Brenda Salter McNeil. In its mission, Subversive Witness attempts to stand on the shoulders of Martin Luther King Jr.’s Letter From Birmingham Jail, which itself was a call to white, male Christian pastors to leverage their privilege for the sake of the gospel and racial justice. And while few works of American social critique will approach the legacy of King’s esteemed epistle, Subversive Witness is a laudable step forward in the reconciliation and Kingdom-building the world so desperately needs. 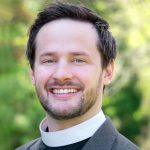 Michael B.E. Kurth is a priest in the Episcopal Church and associate rector at Christ Church Christiana Hundred in Wilmington, DE. You may follow him online via Twitter at @mkurth1 or Instagram at @michaelbekurth