The Sources of Life that Nurture Us

Rosalie Iron Wing is a Dakhóta woman born in Mni Sóta near the great river. She is orphaned at a fragile age, and tangled into a heartless foster system that all but erases her identity. Desperate to find a less punishing home, she ventures out at age eighteen to marry John, a hard-working farmer, who is trying to make the land produce a living. Although John has good intentions, he has no categories for understanding Rosalie’s ties to the earth. She is a keeper of plants, a gardener of a totally different sort than the farmers raising cash crops and turning farming into an industry. While her husband sees a good crop as a revenue source, Rosalie sees each small seed as a spark of life, a child nurtured by the Plant Mothers who have gone before.

Through Rosalie’s voice, Wilson writes: “Everywhere I looked, I saw how seeds were holding the world together . . . Seeds breathed and spoke in a language all their own. Each one was a miniature time capsule, capturing years of stories in its tender flesh.” Rosalie learns to gather and preserve seeds from her garden. “I began to see,” she says, “that when we save these seeds, when we select which ones will be planted again, our lives become braided into the life stories of these plants” (p. 239).

Woven through Rosalie’s story is the story of her grandmother, Marie Blackbird, who also was a seed keeper. She recounts to her children and grandchildren the story of the women who stitched precious seeds into the hems of their clothing when they were forced on the long march to new territory. The seeds Marie has carefully preserved she entrusts to her daughter. They are carefully stored in a woven basket that also holds a deer antler. “In my grandmother’s garden . . . she used this antler to clear away the dead leaves in spring,” Marie tells the children. “When the traders brought iron rakes and hoes, our people quit using these tools. My mother saved this bone so we would remember the old ways” (246).

The seed keepers, the story-tellers, those who hunt and gather in a traditional way that honor the sacrifices of the plants and animals, and those who join in the ceremonies that honor the memory of their ancestors are preserving and replanting in every generation.  The young ones are being taught that the seeds, the animals, and the people care for each other. That is why the gardeners sing as they work, and those who go to the woods to hunt and gather sprinkle tobacco and pray before they take what they need.

The story Diane Wilson tells of Rosalie and her people is not sentimental. There are shadows of sorrow woven through it, accounts of intense suffering and loss. After she becomes a widow at age forty, Rosalie withdraws to the isolated cabin in the woods where she was born. She needs to clarify her vision, but it is winter, and she also knows that to survive she must remember what she has been taught of the old ways. Although she is not afraid of the isolation, she says, “I had become a stranger to these woods; it would take time before this place knew me again” (p. 20).

As Rosalie settles into the wintery woods, we are allowed to witness the shift in her perspective. She begins to remember that the trees are her people, the animals her brothers and sisters, and the plants her family. The wind speaks to her, the crows bring her messages, and the sun is kind. All that has become dead and silent in her comes back to life; in the woods, she is part of everything living around her.

As Diane Wilson narrates this story, the writer is also a seed keeper. She divides the story into parts beginning with a time of dormancy, followed by a process of germination, and finally the pollination that is possible when other living things serve as Rosalie’s teachers. The plants, the animals, and even the wind know her and care for her.  Without them her own growth cannot continue.

This story, weighted down as it is with sadness, is so gently told that the reader is drawn to it as to a warming fire in a cold season. The language of the story, which at first seems unusual, becomes familiar. We begin to understand that there is little difference between Rosalie knowing her plants and the plants knowing her. They take care of each other. She waters the plants and gathers their seeds at the end of the season to preserve them for another year, and they feed her and offer her good company in the garden.

Diane Wilson’s writing reminds me of the art of the basket weaver, who turns, and folds, and weaves the willow strips until they become a thing of beauty that can hold what is precious. It is not a container to be used briefly and then thrown away, or a safe into which what is precious is locked away from thieves. Rather, it is a means for carrying that which must not be left behind. The basket honors its content, and the content honors the basket.

The iron will of the mothers and grandmothers, who endured hunger rather than relinquish the seeds they had preserved for planting, is a powerful image. They would not concede the future, would not deny the sources of life by which they had been nurtured. Their determination to keep the seeds and plant them again is a remarkable demonstration of hope. They are committed to the future of their children, just as they are committed to the gifts of their ancestors.

The story Diane Wilson offers us in The Seed Keeper falls into place between its first and last words. It begins with poetry in which the seeds speak, and it ends with the discovery of a cache of seeds that has been found buried under leaves and branches, nearly invisible in the forest. The young people who find it are eager to open it, but the old man, who is walking with them, instructs them to pause. He brings out the tobacco and in gratitude he offers a gift, and then he pauses to pray. 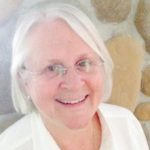 Mary VanderGoot is a Psychologist and a writer. Her first novel, Broken Glass, was released in 2019. Her second novel, A Certain Slant will be released in July 2021. She regularly reviews current fiction at www.maryvandergoot.com