Confronting the Idols of our Age

Deuteronomy 4 is the beginning of Moses’s reteaching to God’s people of the law that was given to them at Sinai, a second giving of the law that he hoped would sustain them as they entered into the land that God had given them. First and foremost on Moses’s list of topics is the issue of idolatry. Why? Well, while God was giving the law the first time to Moses on Sinai, God’s people were at the base of the mountain making with their hands a golden calf to worship and protect them in Moses’s absence (Exodus 32:1-6). So it is that Moses warns Israel in Deuteronomy 4 that this tendency to make something, to form it with your hands, and then invest it with great power is their foundational, formational temptation:

“…do not become corrupt and make for yourselves an idol, an image of any shape, whether formed like a man or a woman, or like any animal on earth or any bird that flies in the air, or like any creature that moves along the ground or any fish in the waters below. And when you look up to the sky and see the sun, the moon and the stars—all the heavenly array—do not be enticed into bowing down to them and worshiping things the Lord your God has apportioned to all the nations under heaven. But as for you, the Lord took you and brought you out of the iron-smelting furnace, out of Egypt, to be the people of his inheritance, as you now are” (Deut. 4:16-20).

Moses’s critique of idolatry names it as a violation of the boundary between the Creator and his creation. As Christopher J. H. Wright notes in his excellent study of idolatry, “Here Are Your Gods”: Faithful Discipleship in Idolatrous Times, Moses reverse engineers the sequence of creation moving from the final act of God’s creation, His hand-made image/icon, humanity (Deut. 4:16), working his way back to the first lights of creation in the “sun, the moon, and the stars,” the first of God’s creative acts (Deut. 4:19). All of these are creations of God’s hands, so why would Israel, why would we, want to replace God with any of these things?

Wright defines idolatry as “the attempt to limit, reduce, and control God by refusing his authority, constraining or manipulating his power to act, having him available to serve our interests” (34). The means by which God is limited and reduced is by exalting things within the created order and giving them a “potency that belongs only to God” (34). By doing this humanity enacts a great reversal: “God who should be worshiped becomes an object to be used; creation, which is for our proper use and blessing, becomes the object of our worship” (34). Wright does a masterful job  of surveying Scripture’s witness against this violation of boundaries in its various forms, clearly outlining for the reader a taxonomy of things that fuel our idol-factory hearts: we form idols from things that entice us; things that we fear; things we trust; and things that we need (35-42).

In each of these categories, Wright contends, the emphasis in Scripture’s critique of false gods is that these idols are formed by the “work of our own hands,” and the heart of the problem of idolatry lies in our own efforts to “limit, control, and reduce God” by creating our own objects, ideas, and projections to worship in God’s place. Thus Wright contends throughout the book that idols are “not icons of deity but fictions of humanity” (24). Indeed, in a later retelling of the Golden Calf incident, Stephen the deacon marvels, “That was the time they made an idol in the form of a calf. They brought sacrifices to it and reveled in what their own hands had made” (Acts 7:42). And here is where the great paradox of idolatry lies: as Deuteronomy 4 noted Israel herself is God’s hand-made people: He formed them out of the iron-smelting furnace (Deut. 4:20), delivering them and covenanting with them to be His people. God’s own hand-made image bearers make and form idols with their own hands to represent and replace the Divine image they bear.

A fair enough critique one might say, but how does Wright’s survey of the Scriptural witness against idolatry speak into our own day? We surely have no intention of deifying and worshipping a statue of a person, animal or fish, or for that matter saying prayers to the sun, moon, and stars. Yet it is here that Wright’s book packs its most important punch, driving this idol critique into the heart of faithful discipleship in our own day. Wright contends that nothing entices more, both in Israel’s day and ours, then the ancient gods of prosperity, national pride, and self-exaltation (93-101). If Israel was continually enticed to worship the Canaanite god, Baal, the god of sex, fertility, and money (94), then we also have prostituted ourselves to his modern form in our ongoing need for consumption, excess, and the injustice that our “never-enough,” planned-obsolecence economy of mammon is fueled by.

Likewise, Wright warns, we see in the history of Israel the temptation to domesticate the God of Israel in order to serve the national interests of the kings who ruled her. He points particularly toward the example of King Jeroboam who ruled over the northern kingdom of Israel. Jeroboam formed golden calves, identified them as Yahweh, and placed them within his own temples in order to keep Israel from pilgrimaging too far from his borders to the temple in Jerusalem (1 Kings 12:25-33). Wright summarizes this bold will to political and religious power in words that resound prophetically in our own day, “The sanctuary and the temple were now serving the interests of the state, not the covenant demands of the lord God. Religion was co-opted to serve the national interest” (98).

Wright spends the final third of his book sharing wisdom for how to live as a faithful disciple in a culture of what he calls “ambient idolatry.” Faithful disciples are “shaped by the Word of God, sharing in the mission of God, and living under the rule of God” (111). This involves a process of intentional catechesis in God’s Word, re-narrating our lives into the strong truths of the story of Scripture (113-116). Is it any wonder, Wright asks us, that our culture’s captivity to these ancient, enticing gods, goes hand in hand with the waning of Scriptural literacy “even among so-called evangelicals” (116)? Faithful discipleship also involves a re-orientation to the kingdom-focused mission of God in which we learn to proclaim and live out in every area of our life the Lordship of Christ over all things (116-133).

I did wonder as I read this final, constructive section in Wright’s book why he did not continue his focus on the “the work of human hands” as the engine of idolatry. Would not faithful discipleship in idolatrous times also require a reorientation or reeducation of the proper ends for the “work of our own hands?” Wright hints at this early on in his summary of the missio dei: “…the mission of God is ultimately to restore his whole creation to what it was intended to be–God’s creation, ruled over by redeemed humanity giving glory and praise to the Creator” (pages 34-35). The proper end then of God’s “handmade things” (see Ephesians 2:10)  is to participate in the adorning and flourishing of God’s own handiwork through the good works of our own hands–not as idols to replace God, but as grateful offerings of worship so that “whatever you do in word or deed, do all in the name of the Lord Jesus, giving thanks through Him to God the Father” (Colossians 3:17). Wright’s book equips us well to not only confront the idols of our age, but it strengthens our hearts and our hands for worshipful participation in the mission of God. 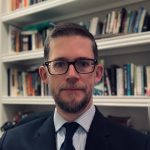 John Fortner is a writer, editor, course designer, and adjunct instructor in the Dallas-Ft. Worth Metroplex, where he lives with his wife and four daughters. He loves teaching Scripture and theology in service to the church, having served for over 15 years in parish ministry.