A Vision of Peace for the City

In the 1960s, First Methodist Church of Dallas decided to respond to the mayor of Dallas’s vision for a thriving downtown, inclusive of a “cultural arts district.” In two years, the congregation raised funds for a new entrance welcoming guests to the cultural arts district. The new entrance would welcome people to a twenty-five foot mosaic of Jesus blessing the city of Dallas, a massive “floating” dalle de verre stained glass, and, the crown jewel, a one-hundred-forty seat theatre in the round. The space was consecrated in 1962 and it would be another twenty-five years before the official organization of the Dallas Arts District would become a reality. This was (and is) a church whose focus is to promote and proclaim the transformational love of Jesus Christ — and, would boldly utilize the arts and music to introduce a new audience to their faithful reality.

But, as the years progressed, downtown Dallas came alive Monday-Friday, 8 a.m. to 5 p.m. and was quiet on the weekends. Members moved farther and farther away from downtown. Methodist churches were planted in new neighborhoods as growth sprawled into the suburbs. “White flight” and suburbanization was a way for some to “escape from the urban ills of the late 19th and early 20th centuries.” Even FirstChurch’s most entrepreneurial Senior Minister, Bob Goodrich, would often say during televised services in the 1950s and 1960s, “The destination is worth the distance.” The church members who remained connected to the downtown church further dedicated themselves to the work of feeding the hungry, clothing the naked and healing the sick. The church was dedicated to activating their faith through action and to enlivening their advocacy through faithful conversation. Sadly, through the years, FirstChurch’s witness became relegated to programs and ministries serving the many with very few.

What happened to this downtown church once teeming with members? As Chris Lazaro articulates compassionately throughout his book Faith in Cities, institutions in urban areas began to atrophy as those who lived in close proximity to a city’s centers followed the “American Dream,” moved to the suburbs, increasing private homeownership and creating an economic and racial chasm the US is currently questioning. All the while, FirstChurch had succumbed to what so many institutions in urban areas experienced: focus shifted to the individual family unit whose resources went outside of the city to leave behind neighborhoods in “concentrated poverty,” where shifts in zoning laws and the rise in homeownership left areas, once fiscally wealthy, politically disconnected and socially disaffiliated. This is not only Dallas’s story, but the story Lazaro tells of large urban areas in the mid-twentieth century. Lazaro’s solution is nestled in the heart of why he wrote Faith in Cities: to explore both “what it means to be a person of faith living in cities” and “believing in the power of cities themselves.” Lazaro’s hope in writing this text is faithful people could imagine the power of cities all over again.

In the mid-1980s, the organization of a cultural arts district in downtown Dallas finally was realized. Visual and performing arts groups began to build venues in the district. Some arts groups discovered the rich history of downtown Dallas, including the legacy of a thriving neighborhood started by freed slaves in the 1860s and 1870s. Anchored by the the first Methodist church in what would become downtown Dallas, St. Paul’s, the cultural arts district was already building on a legacy of creativity, artistry and hard work. One excellent example is the Dallas Black Dance Theatre. Founded in 1976, DBDT would renovate the Black community center in downtown Dallas: the Moorland YMCA. The cultural arts district inspired more arts organizations to come alongside, so Dallas Independent School District decided to re-focus Booker T. Washington High School as a premier arts magnet for the Visual and Performing Arts. Now, the arts district, once a thriving Black neighborhood, was beginning to see life again. Could it become a neighborhood again?

Lazaro warns against a kind of single-minded economic vision in building back or returning to our urban centers. He maintains that we must look at urban neighborhoods more holistically bearing in mind housing policies, access to healthcare and job creation. Every city will have different policy challenges, but breaking barriers of access is essential to giving our cities back to its citizens. In a strong evangelical voice, Lazaro writes with prophetic passion the need for returning to the Gospel mandate of loving God and loving our neighbors. “[O]ur focus must be in how our decisions strengthen our relationships with one another and ready us to the blessedness of generosity. Every dollar in and out are stewarded to us for God’s purposes which, of course, are centered on loving [God] and loving our neighbors. To the life that calls our attention away from these things—the tendency toward compulsive consumption and segregationist communities—we say, enough is enough.” Then, Lazaro leads the reader to exploring what less consumption and greater inclusion may mean to for a “culture in flux.” It means rethinking every aspect of our lives: where we live, what we drive, how we live, where we worship, what we own, and how we interact with our neighbors.

In 2015, the Dallas Arts District Board, under the leadership of Amy Lewis Hofland, affirmed a call to action to develop a “Compassion Council” for the district. We asked ourselves what experience do we want every resident and guest to have when they enter a place of worship, a museum, a performing arts venue, an office, a restaurant, a park in the Arts District. The Compassion Council has focused its energy on building a place of welcome and inclusion for every person, in our business practices and in our hospitality. As for FirstChurch, that Harwood entrance to the cultural arts district remains open to live into a vision of peace for our city. And I, for one, will sit under the mosaic of Jesus and ask for a blessing for the work still ahead.

In Faith in Cities, Chris Lazaro has given us a very accessible text to help faith communities in urban areas to rethink their outward position in welcoming neighbors. I recommend this book for pastors to find the courage to step in a progressive faithful way in aligning ministry with mission. I also recommend this book for those in faith communities to find the courage to consider your church as a spiritual center for the city; that kind of thinking may provide a transformational shift in the next iteration of life as a church for the city. 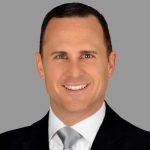