When I was growing up in the 1960s and 1970s, citizens of the United States disagreed strongly, sometimes violently, over the validity of our nation’s attempts to spread the American way of life across the globe, whether by force of arms, culture, or greenbacks. But at least in my memory, we did not disagree much about the superiority of our form of government: representative democracy. I came out of high school Civics class assuming that if a people just had the chance to give democracy a good try, they’d likely latch onto it and make a better life for themselves, possibly after a rough patch in transition. Our government had its flaws, but with democracy, you could do something about it, giving governing bodies an inherent, regenerating resiliency. I figured that we didn’t have to impose democracy; it would slowly spread of its own strength, in the long run becoming the common form of government throughout the world.

How times change. In Reconstructing Democracy, authors Charles Taylor, Patrizia Nanz, and Madeleine Beaubien Taylor lay out a range of factors currently fraying representative democracies around the world: among them, the destructive force of neoliberal economic policies which feeds into extreme economic inequality; “social” media where silos of opinion squash dissent and degrade meaningful discussion; and the fragmentation of political parties, making it harder for voters to identify with one party over a broad range of issues or for any one party to get anything done. For many people, representative democracy no longer seems to work in their best interests, or even to care what those interests might be. As a result, citizen participation falls off, the disconnect between politicians and voters widens, and the regenerative resiliency of liberal democracy withers on the vine. Unless citizens and communities can regain a sense of personal engagement and effectiveness in the political sphere, the authors see these trends as serious threats to the future of functioning democracies around the world.

Reconstructing Democracy presents a blueprint for putting the fragments of democracy back together, by starting at the communities where people live and work. The authors describe building blocks that enable local people to clarify the programs they need, foster support for those programs, and become effective forces for change. Often sparked by local foundations and councils formed to address particular local issues, the practices showcased in this book are designed to nurture solutions that come from the community, building relationships across generations and party lines, revealing commonly-held interests and goals, developing local answers to complex problems, engaging the attention and partnership of regional politicians, and renewing a sense of agency and power in the citizenry. Ideas and methods in the book have clear underpinnings in Charles Taylor’s previous seminal philosophical works on selfhood and identity in the context of society.

The brief book contains three chapters as well as an Introduction and Coda. Chapter 2, “Helping to Rebuild Political Communities,” is the longest by far, comprising over half the main body of text. In it, the authors present a range of community projects across the United States and Europe as examples of citizens building such viable democratic processes “from the ground up.”

Unfortunately, whatever life the examples may have had drains away in overly-academic prose, impersonal reportage, and the absence of organizational cues to help readers orient themselves in the mass of material. The actual players in the projects never come to life on the page; they rarely appear amid dense analysis of process. Subheadings to signal logical groupings to the examples—a standard organizational device in material of this kind—are not used. The book reads like a dry internal academic treatise.

Reconstructing Democracy sets out to address an urgent crisis in worldwide liberal democracy. The dangers are real and existential, and the approaches the authors advocate for addressing those dangers could go a long way toward helping to rebuild a society that works for all its members. I hope to someday read a book based on their research that brings this essential work to life. 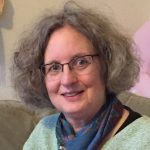 Margaret D. McGee writes about being alive in the cosmos, paying attention, and making connections. Her books include Stumbling Toward God, Sacred Attention, and Haiku – The Sacred Art. More about her books and other works can be found at www.margaretdmcgee.com. Margaret's liturgical prayers and skits have been used by faith communities across the United States, and can be found with other reflections at www.InTheCourtyard.com.