What Makes for a Thriving Rural Congregation?

*** This review originally appeared
on the reviewer’s website.
It is reprinted here with permission.
Browse his website for other excellent reviews!

Allen Stanton has written, in Reclaiming Rural, a thoughtful book that addresses this very issue. He comes to this conversation as an ordained United Methodist minister who has served as a pastor of a rural congregation in North Carolina. Currently, he is the executive director of the Turner Center at Martin Methodist College in Pulaski, Tennessee. This college is itself located in a rural area and his job is to help rural congregations engage in community transformation.

Stanton offers the book as a counter-narrative to the belief that rural churches are an endangered species. He writes that his “central argument is that the rural church can and should establish a practice of evangelism that seeks to recognize, cultivate, announce, and invite the wider community to participate in the Kingdom of God” (xi). He challenges two current narratives; one is exemplified by J. D. Vance’s bestselling Hillbilly Elegy, which focuses on rural decay. That narrative suggests that rural folks are angry, poor, and uncultured (all of which Vance escaped by going to an Ivy League school). Then there is a second narrative: the progressive agrarian vision of Wendell Berry that celebrates the simplicity of rural life. Stanton, for his part, seeks to offer a more realistic picture that suggests not all rural communities are the same. For example, not all rural communities are agrarian in nature. Some are home to major industries. One thing is certain; many rural communities are experiencing economic challenges, especially regarding the challenges of providing quality health care when rural hospitals across the country are closing.

Although Reclaiming Rural is a rather brief book, Stanton provides a needed word to these congregations that might prove valuable. He writes as one who has served and studied these congregations. So, he begins by laying out a brief but different narrative for rural congregations, helping the reader discern what makes for a rural community and thus a rural congregation. As noted earlier, it’s a rather complicated question (chapter 1). Then he moves on to a conversation about what vitality might look like (chapter 2). In this chapter, he wants to address the tendency of rural congregations to become so inner-directed that they lose a vision for the larger community. While such congregations are often very relational, and function as one small group, their focus needn’t simply be on themselves. They can, and he believes, should see themselves missionally by looking outward to their community.

To understand the vitality of a rural congregation, accountability needs to be understood contextually. What is possible in a particular context? He does have three indicators of vitality. The first is a clear theological identity. In other words, it’s grounded theologically. It sees itself called by God to a particular ministry. Second, it is committed to the community. And third, it practices good stewardship— which is more than giving money. It often involves the building and property and how it is used to minister in the community.

Once he has defined what it means to be a rural congregation and what vitality might look like, he moves on in chapter three to discuss reclaiming evangelism. By this, he doesn’t mean door-to-door hard-nosed proclamation, but rather to share in a variety of ways the good news of God’s kingdom. He reminds the reader that evangelism isn’t about adding members to the church. It is focused on the work of exhibiting the realm of God. Evangelism can and does include the work of community development. Finally, it even involves inviting the community into the kingdom of God, even if that doesn’t translate into new members.

There is also a chapter on reclaiming our theological goals. This is important because for Stanton, theology serves as the foundation for discerning vitality. Here he talks about how the church engages the world, noting the distinctions made between charity and justice, for instance, as well as the question of whether the church leans toward “being with” or “doing for.” All of this reflects our theological foundations.

What does the kingdom of God entail? With this in mind, in chapter five he speaks of reclaiming practice. In this chapter, he introduces us to three different congregations (two of which are UMC and one is Missionary Baptist). He offers them as examples of congregations that are small, yet vital. They may not look successful from a numeric vantage point but are successful in the way in which they engage their communities in ministry. They are anchor institutions, though in different ways.

The concluding chapter of Reclaiming Rural is titled “Reclaiming the Future.” Here Stanton does a bit of visioning. He invites us to use a bit of imagination to consider what rural ministry might look like. He begins with the question of recruiting pastors, noting that small rural congregations find it difficult to attract seminary-trained pastors, in part due to financial constraints. Perhaps a bigger concern is the fact that rural ministry is often deemed less valuable than suburban or urban ministry. But he doesn’t just focus on the recruitment of pastors. He also helps us imagine the potential of rural congregations. That starts with how we talk about them since there is a tendency to speak negatively of them with a focus on the problems and the possibilities. He also speaks of new ways to do rural ministry and to provide for leadership, including vocational ministry. The key here is to use one’s imagination to discern possibilities for rural congregations. Though not all will thrive or survive, that doesn’t mean it’s impossible for a rural congregation to thrive.

Reclaiming Rural is a really valuable book. I would suggest that it be read not only by those who feel the call to rural ministry but perhaps more importantly to those tasked with leading national and regional denominational bodies. It will be important for such leaders to understand what rural ministry might look like and can look like. It’s probably not like a suburban congregation. In fact, every rural congregation will be a bit different, so let’s give up on the one-size-fits-all solutions and encourage congregations to look at themselves and find their way to embody the kingdom in their communities. In fact, these congregations might have even more influence in their context than a large suburban congregation. Thus, we must lift them up as valuable witnesses to God’s kingdom. 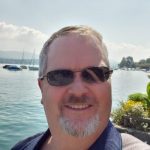 Robert D. Cornwall is pastor of Central Woodward Christian Church (Disciples of Christ) in Troy, MI, and editor of Sharing the Practice (Academy of Parish Clergy). He blogs at Ponderings on a Faith Journey.