Listening to a Legacy that’s Hidden in Plain Sight

During the heat of another series of racial justice demonstrations a few summers ago, I visited a Sunday worship gathering at Mission House in Salisbury, North Carolina. Like the thousands and thousands who had worn my soles thin in the streets that summer, and in multiple other seasons for multiple years, I was frustrated and angry and perhaps near despair. I cannot say that my spiritual condition has improved much in the intervening years. But I trusted that the pastor there, my dear friend Anthony Smith, would create a space inside an elementary school library that the Spirit could find its way into. If there was some temporary balm to be had, I might find it there.

I have no idea what Smith said that day, but I will never forget the working-class Black woman who stood to speak during the corporate prayers. Her voice trembled a bit as she spoke. Every word was true. The sounds of the Psalmists echoed through her as she prayed imprecation, like Psalm 109, and lament, as in Psalm 88, and cries for justice, as in Psalm 56. The voices of her ancestors rang from deep inside her: the knowledge that there is nothing new under the sun, the resolution that every generation must engage its own struggle for liberation. Her words, and the courageous silence in the room that followed, were a stunning spiritual experience, one of the rare kinds that still nourishes, years later.

When the service was over, I wanted to stay. Yet a few minutes later, the room was a library again. No microphone, no circle of chairs, no banner. Our hearts had stirred within us, but the physical evidence was gone. We had stepped into a Clearing, as in Beloved, where there were “laughing children, dancing men, crying women, and then it all got mixed up. Women stopped crying and danced; men sat down and cried; children danced, women laughed, children cried until, exhausted, all and each lay about the Clearing damp and gasping for breath.” In Salisbury that morning, I had stepped in a Clearing. I was in a hush harbor, a clandestine joining of souls determined that an empire of cruelty would not have the last word. Exhausted and riven, cracked open by the Spirit’s work, completely full and gasping for more.

If you believe Brandon Wrencher and Alexia Salvatierra – and I think you should – in their new book Buried Seeds: Learning from the Vibrant Resilience of Marginalized Christian Communities, you will see that hush harbors and Base Ecclesial Communities (BECs) persist as oppressed communities continue to gather in small communities of resistance and “mutual responsibility.” Those communities, from their varying places, are not artifacts or lore; they are living traditions. The authors write from inside those traditions – Salvatierra as a scholar and pastor of various BECs, Wrencher as convener of one hush harbor gathering, and student of others across history. Their practical experience brings intimacy to the book. It comes through, for instance, in Wrencher’s colorful language. Commenting on the necessarily small size of hush harbors, he points out that enslaved Africans had to “duck and dodge” authorities who would punish them for congregating. Elsewhere, he notes the need for hush harbors to develop strong group dynamics quickly by engaging conflict rather than “going along to get along.” Such phrases are the language of a living tradition, practiced in detail by Wrencher in the streets of Greensboro, NC. The results are sentences and ideas crafted with love born of experience. Though they both clearly know the traditions of which they speak, it is love that is the most convincing form of the writers’ authority.

Buried Seeds is organized around five characteristics that Salvatierra and Wrencher claim have commonality across the lives of BECs  and hush harbors. Those five characteristics are: kinship, or familia en Comunion; being leader-full, or participacion; consciousness, or conscientizacion and el Mensaje de Liberacion; “Spirit-uality,” or Sanidad and le Teologica de las Abuelas; and faith-full organizing, or Alma y Fermenta de la Sociedad. Among the risks of this approach is the potential for flattening two separate streams of faith into one another, but the authors are careful to assert the particularity of their own places. In each of the five chapters outlining their common characteristics, they write separately about the details and trajectories of BECs and hush harbors. The idea is not an exercise in comparison and contrast. Rather, these two streams of faith are presented on their own, but also standing next to one another in solidarity, moving on a common path toward liberation.

Salvatierra and Wrencher have marked out some of those steps on the path in Buried Seeds. They highlight two communities currently walking that way, La Fuente Ministries in Pasadena, California, and the previously mentioned Mission House in Salisbury, North Carolina. Ultimately, their stories and reflection remind readers that BECs did not die in the 1980s, nor did the hush harbors following the Civil War. Those legacies live, and they have living embodiments. “They’ve never left,” they say. “They are always already here: on the edge, the margin, off the grid, hidden in plain sight.” 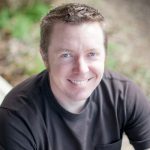 Greg Jarrell is co-founder of QC Family Tree, a community of rooted discipleship in the west Charlotte neighborhood of Enderly Park. Greg shares life there with a host of neighbors who have become family, as well as his wife Helms and their two sons. Find him online at: gregjarrell.com