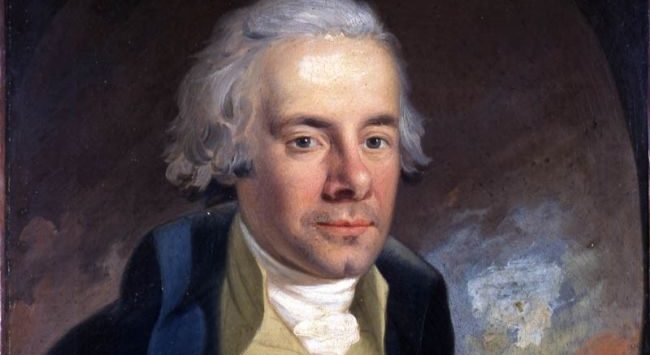 William Wilberforce (24 August 1759 – 29 July 1833) was a British politician, philanthropist, and a leader of the movement to abolish the slave trade. A native of Kingston upon Hull, Yorkshire, he began his political career in 1780, eventually becoming an independent Member of Parliament (MP) for Yorkshire (1784–1812). In 1785, he became an evangelical Christian, which resulted in major changes to his lifestyle and a lifelong concern for reform. In 1787, he came into contact with Thomas Clarkson and a group of anti-slave-trade activists, including Granville Sharp, Hannah More and Charles Middleton. They persuaded Wilberforce to take on the cause of abolition, and he soon became one of the leading English abolitionists. He headed the parliamentary campaign against the British slave trade for twenty years until the passage of the Slave Trade Act of 1807.  (via Wikipedia)

We recommend starting with this biography…

“The biography is the product of much painstaking research. John Pollock has made use of virtually all the extant manuscript collections containing Wilberforce materials. He gives a detailed picture of his life and character which includes some important new information.” —Observer
William Wilberforce was at the heart of British politics for over forty years but is chiefly remembered as the reformer who campaigned for the abolition of the slave trade in England. This intriguing and insightful biography of his life will inspire you to find ways to stand on your convictions and make a difference wherever you are.
—
John Pollock was one of the preeminent Christian biographers of his generation. Over four million copies of his books have been sold in English alone, works that covered the lives of Hudson Taylor, William Wilberforce, and John Wesley. He also wrote The Apostle: A Life of Paul, and served as Billy Graham’s official biographer.