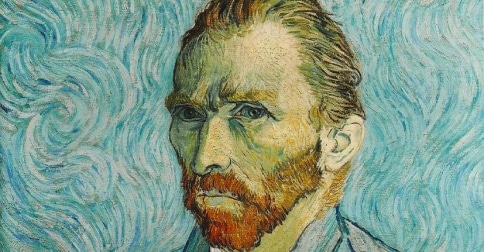 Vincent – A Life Of Vincent Van Gogh
by Julius Meier-Graefe

Vincent Van Gogh – 5 Essential Books!
Vincent van Gogh (30 March 1853 – 29 July 1890) was a Dutch post-impressionist painter who is among the most famous and influential figures in the history of Western art. In just over a decade, he created about 2,100 artworks, including around 860 oil paintings, most of which date from the last two years of his life. They include landscapes, still lifes, portraits and self-portraits, and are characterised by bold colours and dramatic, impulsive and expressive brushwork that contributed to the foundations of modern art. He was not commercially successful, and his suicide at 37 came after years of mental illness, depression and poverty.

Born into an upper-middle-class family, Van Gogh drew as a child and was serious, quiet, and thoughtful. As a young man he worked as an art dealer, often travelling, but became depressed after he was transferred to London. He turned to religion and spent time as a Protestant missionary in southern Belgium. He drifted in ill health and solitude before taking up painting in 1881, having moved back home with his parents.

Van Gogh was unsuccessful during his lifetime, and was considered a madman and a failure. He became famous after his suicide, and exists in the public imagination as the quintessential misunderstood genius, the artist “where discourses on madness and creativity converge”.  (via Wikipedia)