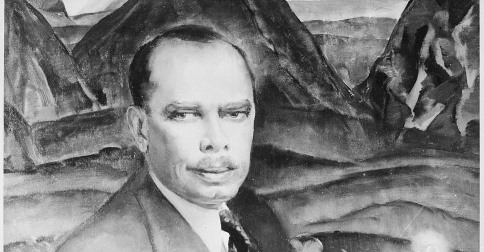 This week marks the start of Black History Month, and this week’s free ebook is a tribute to the occasion…

This week’s FREE ebook download is an extraordinary collection of Black poetry :

James Weldon Johnson (June 17, 1871 – June 26, 1938) was an American writer and civil rights activist. He was married to civil rights activist Grace Nail Johnson. Johnson was a leader of the National Association for the Advancement of Colored People (NAACP), where he started working in 1917. In 1920, he was the first African American to be chosen as executive secretary of the organization, effectively the operating officer. He served in that position from 1920 to 1930. Johnson established his reputation as a writer, and was known during the Harlem Renaissance for his poems, novels, and anthologies collecting both poems and spirituals of black culture. He wrote the lyrics for “Lift Every Voice and Sing”, which later became known as the Negro National Anthem.

Johnson was appointed under President Theodore Roosevelt as US consul in Venezuela and Nicaragua for most of the period from 1906 to 1913. In 1934 he was the first African-American professor to be hired at New York University. Later in life, he was a professor of creative literature and writing at Fisk University, a historically black university. (via Wikipedia)