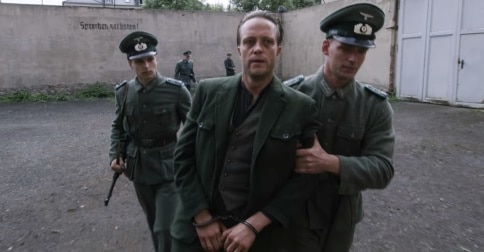 The trailer for the latest movie from director Terrence Malick — entitled A Hidden Life — was released this week.

A Hidden Life — from celebrated writer and director Terrence Malick — tells the story of Franz Jägerstätter, a Catholic, Austrian farmer and married father of three daughters, was beheaded on August 9, 1943 by the Third Reich at the Berlin-Brandenberg Prison. Imprisoned in March of 1943, Jägerstätter was convicted of “undermining military morale” by “inciting the refusal to perform the required service in the German army,” and condemned to death in July of 1943 by the Reich’s Military Tribunal. Jägerstätter was 36 years old when he died.

*** Read our review of Jägerstätter’s Letters and Papers from Prison.

Terrence Malick borrowed the film’s title from a George Eliot quote: “that things are not so ill with you and me as they might have been is half owing to the number who lived faithfully a hidden life, and rest in unvisited tombs.”

This film promises to be not only a timely film about the resistance of Christian faith in the face of a dehumanizing empire, but also stunningly beautiful piece of cinema from one of the greatest filmmakers of our day!