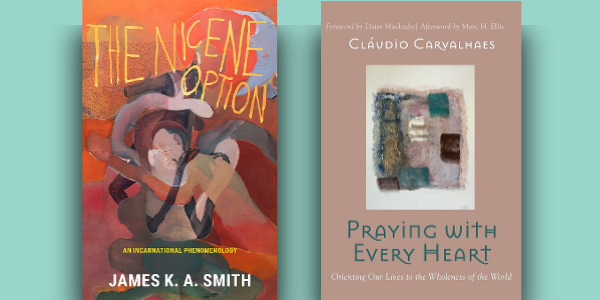 Here are some excellent new theology books * that will be released in August 2021 :

Bonhoeffer’s America: A Land without Reformation

In the 1930s, Dietrich Bonhoeffer came to Union Theological Seminary looking for a “cloud of witnesses.” What he found instead disturbed, angered, and perplexed him. “There is no theology here,” he wrote to a German colleague. The New York churches, if possible, were even worse: “They preach about virtually everything; only one thing is not addressed… namely, the gospel of Jesus Christ, the cross, sin and forgiveness, death and life.” Bonhoeffer acts for American Protestantism as an Alexis de Tocqueville, whose Democracy in America, a cultural and political analysis of the new republic, appeared a century prior. But what the Berlin theologian found was, if possible, more significant than the observations of the French aristocrat: Protestantism in America was a “Protestantism without Reformation.”

Bonhoeffer’s America explicates these criticisms, then turns to consider what they tell us about Bonhoeffer’s own theological commitments and whether, in fact, his judgments about America were accurate. Joel Looper first brings Bonhoeffer’s reformational and Barthian commitments into relief against the work of several Union theologians and the broader American theological milieu. He then turns to Bonhoeffer’s own genealogy of American Protestantism to explore why it developed as it did: steeped in dissenting influences, the American church became one that resisted critique by the word of God. American Protestantism is not Protestant, Bonhoeffer shows us, not like the churches that emerged from the Continental Reformation. This difference gave rise to the secularization of the American church.

Bonhoeffer’s claims against the church in the United States, Looper contends, hold strong, even after considering objections to this narrative―Bonhoeffer’s experience with Abyssinian Baptist Church in Harlem, and the possibility that Bonhoeffer, during his time in Tegel Prison, abandoned the theological commitments that undergirded his critique. Bonhoeffer’s America concludes that what Bonhoeffer saw in America, the twenty-first-century American church should strive to see for itself.

The Nicene Option: An Incarnational Phenomenology

Christian philosophy and philosophy of religion tend to be dominated by analytic approaches, which have brought a valuable logical rigor to the discussion of matters of belief. However, the perspectives of continental philosophy―in particular, the continental emphasis on embodied forms of knowing―still have much to offer to the conversation and our understanding of what it means to be both rational and faithful in a postmodern world.

Besides issuing a clarion call for the renaissance of continental philosophy of religion, The Nicene Option also offers a glimpse behind the scholarly curtain for a wider audience of readers familiar with Smith’s popular works such as Who’s Afraid of Postmodernism?, Desiring the Kingdom, Imagining the Kingdom, and You Are What You Love―all of which are tacitly informed by the phenomenological approach articulated in this book. As an extended footnote to those works―which for many readers have been gateways to philosophy― The Nicene Option presents an invitation to a new depth of reflection.