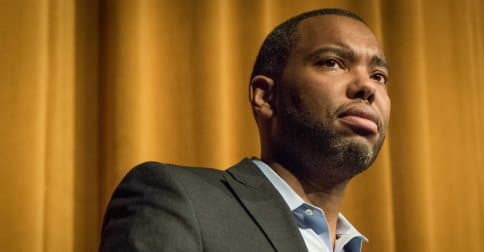 Sunday September 30 is the birthday of Ta-Nehisi Coates — one of the greatest living writers of essays and nonfiction!

Whether you love or loathe his work, it’s hard to argue that he is one of the most thought-provoking essayists writing today.  His atheistic naturalism, for instance, challenges us as Christians to take the Incarnation, and our bodies, more seriously.

In honor of his birthday, we offer the following list of eight of the finest Ta-Nehisi Coates essays from THE ATLANTIC!

It has long been an axiom among certain black writers and thinkers that while whiteness endangers the bodies of black people in the immediate sense, the larger threat is to white people themselves, the shared country, and even the whole world. There is an impulse to blanch at this sort of grandiosity. When W. E. B. Du Bois claims that slavery was “singularly disastrous for modern civilization” or James Baldwin claims that whites “have brought humanity to the edge of oblivion: because they think they are white,” the instinct is to cry exaggeration. But there really is no other way to read the presidency of Donald Trump. The first white president in American history is also the most dangerous president—and he is made more dangerous still by the fact that those charged with analyzing him cannot name his essential nature, because they too are implicated in it.