The Jesus of Justice

He Saw that it was Good: Reimagining your Creative Life to Repair a Broken World

Sho Baraka shows his master creativity in his recent release, He Saw that it was Good. In it, he weaves poetic narrative, an apologetic for artistry, and creativity through the lens of the black American experience. For me, a white, aspiring poet who has lived outside the United States for a decade, this book was: 1) an inspiration to me in my vocation as a writer, 2) eye-opening in its faithfulness to the deeply-studied references from a population that is often neglected, and 3) unique in its flow.

If only I could write like Sho Baraka. He pulls words and images together that are unique, identifiable, and refreshing. As a poet, I can only hope to learn from him. But what feeds skill and technique is the heart, the humble offering, and the honesty which conveys Baraka’s sincerity. I have long shied away from the “Christian creative” subculture. I am not opposed to it, but this subculture often seems to lack sincerity in order to propagate itself. However, Baraka is steeped in this subculture, and as such speaks prophetically both to its lacking sincerity, and to its value for vocational creators, participating in the Kingdom of God. For me, Sho Baraka saves the ethos of the subculture with his reflexive writing, his confession of errors, and his relentless passion for a transformative gospel among friends, family, and neighbors.

Like many who are already familiar with Sho Baraka, I became acquainted with him through his hip hop. He was never my favorite, but his songs got plenty of hearts on my Spotify list and was mixed in with different playlists. After reading his book, however, my impressions of the genius behind his work, the care he put into it, and the important megaphone he wields for American history makes this a solid read. He compels me to go back and dig deeper—deeper into his text and deeper into the lives of historic black American creators whom he mentions. He writes, “My assessment is that Black Christian expression, especially in its art, has never departed from the Jesus of justice.” Yet, I have rarely been introduced to this Jesus of justice. Such is a history that I know so little about. And as such, despite being away from the United States for more than ten years, I am challenged towards greater sincerity, to pursue the Jesus of justice as both a poet and missionary in the context where I live and serve.

When it comes to structure, I often find it campy to splice in creative works between chapters of popular or academic books. Yet Baraka has created a mix that is both accessible and intellectual, and his narrative poetry between chapters is well-crafted. Instead of disorienting the reader, he brings the instructive, the nostalgic, and the affective into an important work about creativity. His work shouts the hope of the gospel with humility, human reality, and outright honesty. My litmus test, these days, is; Can I learn from this text and apply it to my own context? As an American, yes. Mostly, I need to recognize my own ignorance within my home culture. In doing so, in repentance of the vacuum of influence from black American creators, I can then look to the voices in my context that so often go unheard. I can leverage this text to inject more passion into the sincerity of my words and the honesty with which I write. And, finally, I can learn from a new structure, a new flow, to write beyond the academic and beyond the artsy to bring the two as an offering of my faith. 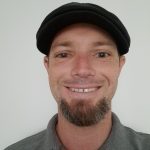 Kevin Book-Satterlee has been serving in cross-cultural and urban missional engagement for over 15 years. He is the director of Avance España, faculty adviser for Sioux Falls Seminary's Kairos Project, and completing his Doctor of Ministry in theological education and service-learning.