A Story of Verisimilitude and Depth

Eden Mine: A Novel
S.M. Hulse

Jo Faber is only 22 years old the day the Elk Fork courthouse is bombed.

Trouble is, she is on the brink of her fourth shattering. The mine accident that killed her dad and changed everything was, of course, her first. Her second and third turns spoiler if I explain. And now her fourth happens when Sheriff Cody Hawkins arrives on her porch with more news.

The sheriff, a friend and father-figure, lets Jo know that her brother Samuel is the probable suspect. Is Sheriff Hawkins sure? He is. A surveillance tape caught Samuel at the scene.

To say Jo’s life hasn’t been easy is a terrible understatement. For the record, this young adult is also wheelchair bound, a paraplegic because a bullet meant for someone else ricocheted.

After the bombing, Samuel flees. But where? That’s the mystery. The question isn’t why he bombed the courthouse. The Faber land has been in the family since 1920 when their great-great grandfather Eli purchased it. Now the government is repossessing it through eminent domain. Samuel calls this “theft.” Unfortunately, his violence puts Jo in the hot seat. Now she must pack up the house and get off Faber land alone while scrutinized by a senior agent.

But sensitive Jo is as fiercely independent as her brother. She has learned to do all that she can—even ride Lockjaw, the mule her brother trained with acute sensitivity to be ridden by someone who can no longer feel her legs.

There is a deep conversation happening in Eden Mine. The name of the Montana mines, “Eden” and “Gethsemane” signal us. If this is direct, know that the spiritual conflict within Jo goes subtle and beautiful.

Jo is an artist and her paintings say things symbolically. When we first meet Jo, she paints idealized scenes of their home and the West for tourists. About her paintings, she explains, “I am good at painting what people want to see….The elk or deer who populate my paintings are never mangy or scarred, the cabins sturdy and lit warmly from within, the mountains unscathed by mines….”

She knows this about herself: “I enjoy casting the world in its best light. I take satisfaction in creating the most beautiful version of this landscape I have known all my life….If I overlook the flaws of that which I love, I’m no different than anyone else.”

This fourth shattering alters her and her art, though. Her paintings depart from her Thomas Kincaid-kind of ideal. She begins to articulate the horrible. The clear stream that runs near her house carries arsenic, lead, and zinc. The mines have poisoned and scarred the vista around her.

She thinks, “…I feel a new urgency to record them, and for the first time, to do it honestly. To paint the juniper, not the willow, the gray barn, not the red. To prove that they are real, and mine.” We watch Jo move from artistic lies to truthful naming. Isn’t this really about facing our suffering? Jo may be a female Job.

Another area of spiritual verisimilitude is her relationship with Pastor Asa. Samuel’s bomb sends Asa’s daughter into the ICU. Will nine-year-old Emily live or will she die? Asa struggles and rails. How could God do this? He tells Jo secrets like the ones about his dad, who, as something of a faith-healer con man, sent Asa to the other end, the true believer end.

The story concerns itself with another sympathetic examination: What’s it like to be the family of the violent, headlines-making person? I loved Jo’s conflictedness, her shame, her love. Again, the story felt real; its verisimilitude, deep. For Jo must be loyal to Samuel, even as Samuel’s anger with its trajectory sets them both on this path. She decides to search the house for anything that reveals her brother’s plans or whereabouts. And she does this—why? To hide or destroy the evidence?

How can Jo find her way over this new rubble to the brother she loves and to this spiritual leader she cares about?

Samuel is off stage most of the novel. His presence permeates the pages, though. His kindnesses are profound. He raised his 10-year-old sis, trained a mule to carry her, worked to get her things that facilitate her independence. In contrast, we also see his props in his room as Jo packs them one by one or recalls earlier ones; these props belong to an angry youth. The Nazis flag, the swastika tattoo, the hateful whispered words.

We hear his voice, too, his side of things, in what appears to be letters to Jo scribbled on his map as he tries to explain his unexplainable violence. “Jo,” he laments, “what can I say to you?” The bomber who had timed violence on a Sunday with an empty courthouse wasn’t aware that the little Light of the World Church had begun meeting across the street.

I hadn’t read S. M. Hulse before. But when I started reading Eden Mine, I could not stop. And I’m a busy professional. The dilemma, the suspense, the characterization, the subtle but true touch of faith. I was wowed—in fact, so wowed, that I’m having my 300-level fiction writers use this as a text in class.

Hulse is an English instructor in Nevada with an MFA from the University of Oregon. Her first book, Black River, contends with similar themes and was a finalist in multiple awards, including the PEN/Hemingway Award for Debut Fiction. Black River was winner of the Reading the West Book Award.
Christianity Today named Eden Mine Best 2021 Fiction Award—for good reason. The deep story is beautiful and true. 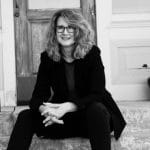 Cynthia Beach is a longtime English professor at Cornerstone University and author of Creative Juices, a book on writing. Her #ChurchToo novel, The Surface of Water, will be available this fall. She cofounded Breathe Christian Writers Conference and founded Breathe Deeper, A Writing Retreat. Visit her at cynthiabeach.com.