Reframing our Understanding of the Church

Schroeder utilizes the analogy of a relay race to explain the content and process of ‘tradition.’ In a relay race, a runner must pass a baton to the next runner in order to progress in the race. The baton itself symbolizes the ‘stuff’ of tradition: teachings, practices, social structure. The passing of the baton, the transition from one runner to the next, symbolizes the process of ‘traditioning’: how the Christian faith is handed down from one generation to the next and how it passes from one culture to another. We might also think of how a song can be performed differently by different singers, with variations in the melody and instrumental arrangement. While these new versions are not identical to the original composition, they remain true to the essence of the song in such a way that we recognize them as the same song. Note that if a pair of runners are unable to make a clean transfer they are disqualified and a performer can be said to have ‘lost the song’ if they are not adequately faithful to the original.

Schroeder describes the numerous Christian communities as a network of waterways that participates in the single mission of God. He identifies these “streams” as the Latin West, Greek East, Africa, and East Syria/Persia, which develop over time into Roman Catholic and Protestant, Greek and Russian Orthodox, Coptic and Ethiopian Orthodox, and Armenian, Assyrian, and Indian (Mar Thoma) churches. He notes the persistence of ancient Christian communities in Ethiopia, Lebanon, and India and illuminates the first period of Christianity in China initiated by Persian missionaries in the seventh century. He highlights later renewal movements that prioritize ‘religion of the heart’ such as Methodism, Pentecostalism, and numerous indigenous churches in Africa and South America.

Schroeder also identifies six “threads” that hold Christianity together in its various contexts through the centuries and across its various streams: scripture; liturgy, sacraments, and art; ministry and organization; spiritual, religious, and social movements; theological developments; and mission, cultures, and religions. Across the eight historical periods, he emphasizes the importance of monasticism to the development of exegesis, liturgy, spirituality, and mission. He also illuminates the various ways that these threads developed as the Christian movement encountered new cultures—sometimes embracing new religious expressions and sometimes imposing the missionaries’ form of Christianity. Translation of scripture and liturgy into vernacular languages and the relationship between Christian communities and the political authority prove to be significant factors in the longevity of Christianity in a given locale.

The designation of time periods and choice of chapter titles showcase Schroeder’s dependence on earlier contributors to this new church history, particularly Frederick Norris (Christianity: A Short Global History) and Dale Irvin and Scott Sunquist’s multi-volume work (A History of the World Christian Movement). There are a few points at which fellow historians might debate his interpretation of events. Also, I wish he had gone into further detail concerning several events and theological developments, but there are other books for those discussions. At only 300 pages (plus bibliography and index), Schroeder focuses on the narrative of Christianity ‘in global perspective,’ rather than the intricacies of personal biography or theological controversy. He hopes that readers will be inspired to investigate further the people, events, and theologies that he has introduced. His (relative) brevity and minimal use of academic jargon make this book an accessible text for readers unfamiliar with the history of Christian Tradition and for those looking to reframe their understanding of the Church. 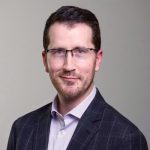 Peter J. Smith is a doctoral candidate in historical theology at Garrett-Evangelical Theological Seminary. His work has appeared in The Downside Review and the Wesleyan Theological Journal.