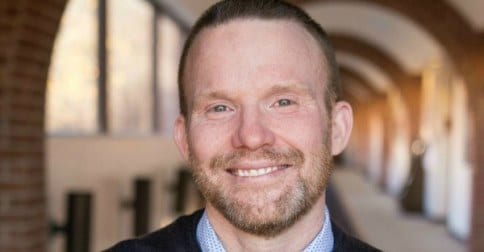 The Forgotten Books of the Bible:
Recovering the Five Scrolls for Today
Robert Williamson, Jr.

Turning Our Attention to the Forgotten

Few of of us read the bible in its entirety.  We like to skip around, focusing on those books that show up in our weekly lectionary readings (for Revised Common Lectionary churches) or returning to those favorite books of the Old and New Testaments.  But such reading often steers us away from some of the richest books of the biblical tradition. Thankfully, Robert Williamson helps redirect our attention and appreciation to these scriptures in his new book The Forgotten Books of the Bible: Recovering the Five Scrolls for Today.

Ragan Sutterfield: The Bible can be overwhelming with all of the books available for our study and attention.  Why should we spend time with these “forgotten books” (Song of Songs, Ruth, Lamentations, Ecclesiastes, and Esther) when few Christians have really explored the Torah or major prophetic books?

Robert Williamson:  I’m a biblical scholar and a pastor, so of course I’d love it if everyone would sit down to read the Torah and the prophets. As Christians, the Bible is what shapes our imaginations about how the world could be and how we could live in it in more just and equitable ways. I think we need as much of it as we can get.

But I think these five books have a particularly important role to play. These are some of the minority voices of scripture—the countertestimonies of the Bible, to use Walter Brueggemann’s language. They often say things we think the Bible “isn’t supposed to say.” Lamentations expresses anger at God’s injustice. Ecclesiastes is skeptical about God’s reward and punishment and thinks the best thing we can do is drink good wine and enjoy our lives the best we can. By their presence in the Bible, these books expand the parameters of what it means to be a person of faith. If there is room in the Bible for anger, disillusionment, and skepticism, then surely there can be room for those things among us as well.

I also think these five books are more relatable than some of the other books of the Old Testament. There is no cosmic story of creation here. No miraculous crossing of the Red Sea. These books are much more attuned to the human experience. Song of Songs talks about the joy of sex. Ecclesiastes worries that 9-to-5 office job doesn’t provide much meaning to life. Esther encourages resistance to ethnic nationalism in the government. These are things we can relate to. These are things we need to hear and think about as people of faith.

RS: As your title suggests, these are “forgotten books” but not by everyone.  Judaism, for instance, has continued to organize many of its liturgical celebrations around these “Festival Scrolls.”  Why do you think Christians in particular have forgotten about these important “countertestimonies?

RW: Right. The premise of the book is that much of the Christian tradition has neglected these books—which have so enriched the liturgical lives of our Jewish brothers and sisters—to our own detriment. In the Jewish tradition, these texts are connected to major holidays and so are read every year. By contrast, in the three-year lectionary cycle used to set the weekly texts in many mainline Protestant churches, these books hardly appear at all. Ruth is listed twice in three years, and each of the other books only once. Couple that with a general neglect of the Hebrew Scriptures in many of our churches, and these books simply don’t get read. My argument is that Christians would be better off if we restored the five scrolls to our functional canon of scripture. As the Jewish liturgy recognizes, they have something to contribute to the life of faith.

RS: I can understand how Ruth might help us in our faith and of course the Song of Songs has deeply informed the Christian mystical tradition, but included in these five books are some of the most puzzling pieces of scripture. I have a friend, for instance, who is an academic philosopher who half jokes that Ecclesiastes was written by an agnostic or at least that the book supports agnosticism.  And then there is Esther, which doesn’t even mention God.  How do such books “contribute to the life of faith?”

RW: I think the question assumes that some preconceived notion of what “faith” looks like should determine what biblical texts are useful for us. My argument is the reverse—that the fact that these books are included in the biblical canon should shape our understanding of what faith looks like. That the Bible embraces the skepticism of Ecclesiastes means that faith can embrace our skepticism, too. That Lamentations allows full-throated anger at God’s injustice means that we, too, can be angry at God without losing our place in the faith. We have tended to be narrow in our notions of what being “a good Christian” looks like. The Bible is actually much more expansive than we are.

Beyond that, I think all of these books make positive contributions to understanding what it means to be a person of faith. My wife and I read Ecclesiastes in our wedding, actually. It tells us to appreciate each moment we have because there is no telling what the future might bring. Esther is the story of resistance to a resurgence of ethnic nationalism at the heart of the Persian Empire. God isn’t going to sweep in with a series of plagues to save the people, so they have to stand up for themselves. They have to take action. What could be more relevant to the politics of our own day?

RS: You’re an academic, but you’re also the co-pastor of a church that makes community with those living on the streets of Little Rock.  How did your work with Mercy Church, which you mention in the introduction, inform your study and reflection on these “forgotten books”?

RW:  My therapist asked me the same question! Honestly, I didn’t really make the connection between the book and my friends at Mercy myself until I was writing the introduction, after I’d already written everything else.  But my life really does orient around both “forgotten” books and “forgotten” people—and it has for a very long time.

I first got interested in these five books of the Bible almost 20 years ago when I was in seminary. I was drawn to them—particularly Lamentations—because they said things that troubled the dominant narrative of scripture. They created space for doubt and anger, for protest and passion. I felt like my faith was richer for their perspective.

I started working with homeless communities at almost the same time. During seminary, I served as a volunteer and house manager for a Protestant Worker House in Atlanta called The Open Door Community. I was kind of a naïve kid from a small, college town in South Carolina, and I had never really questioned the ideologies and theologies that secured my privilege. As I got know people living on the streets, I began to find the dominant narratives of my own life starting to fray.

I think that’s probably the main connection. You won’t see in the book a lot of direct references to Mercy Community Church, although they are there. But I think the whole book is pervaded by a sense that these forgotten texts have the power to disrupt the dominant narratives not only of the biblical narrative but also of the social and political structures that push people like my Mercy friends to the margins of society. The whole project is, in that sense, an attempt to disrupt the center in ways that create space for those on the edges—both of the Bible and of society itself.

——–
Ragan  Sutterfield is the author, most recently, of [easyazon_link identifier=”1632531224″ locale=”US” tag=”douloschristo-20″]Wendell Berry and the Given Life[/easyazon_link].