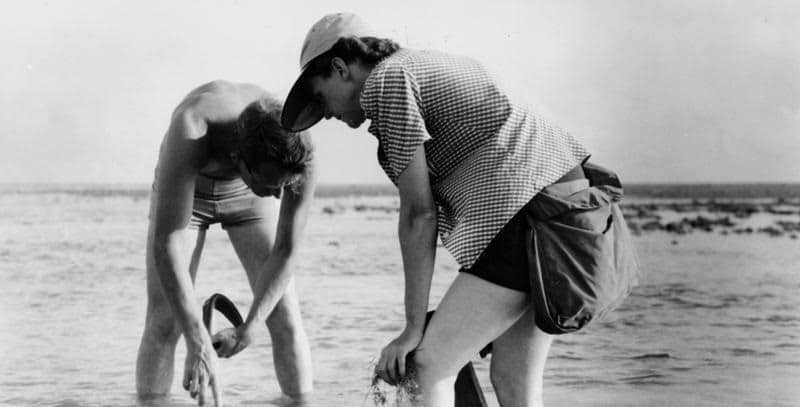 For the 50th anniversary of Earth Day, we encourage you to listen to this superb episode of the New Yorker Radio Hour that remembers Rachel Carson, one of the earliest environmentalists and author of the crucial book:

First published by Houghton Mifflin in 1962, Silent Spring alerted a large audience to the environmental and human dangers of indiscriminate use of pesticides, spurring revolutionary changes in the laws affecting our air, land, and water. “Silent Spring became a runaway bestseller, with international reverberations . . . [It is] well crafted, fearless and succinct . . . Even if she had not inspired a generation of activists, Carson would prevail as one of the greatest nature writers in American letters” (Peter Matthiessen, for Time”s 100 Most Influential People of the Century). This fortieth anniversary edition celebrates Rachel Carson”s watershed book with a new introduction by the author and activist Terry Tempest Williams and a new afterword by the acclaimed Rachel Carson biographer Linda Lear, who tells the story of Carson”s courageous defense of her truths in the face of ruthless assault from the chemical industry in the year following the publication of Silent Spring and before her untimely death in 1964.

Before she published “Silent Spring,” one of the most influential books of the last century, Rachel Carson was a young aspiring poet and then a graduate student in marine biology. Although she couldn’t swim and disliked boats, Carson fell in love with the ocean. Her early books—including “The Sea Around Us,” “The Edge of the Sea” and “Under the Sea Wind”—were like no other nature writing of their time, Jill Lepore says: Carson made you feel you were right there with her, gazing into the depths of a tide pool or lying in a cave lined with sea sponges.