Love as the Mystery of the World?

During my final semester at Yale Law School, I took a curious interdisciplinary course—“Law, Environment, and Religion: A Communion of Subjects”—that happened to be cross-listed with the forestry and divinity schools. In that classroom, for the first time, I glimpsed cracks in the secular veneer of the research university. So many of the participants there had longed for a course like that one, one that would allow them to freely discuss the questions of foundational meaning that gnawed at them, and to drop the pretense that their deepest concerns were prestigious jobs and titles.

Indeed, one might say that Yale Law itself is a remarkably God-haunted institution, if not a conventionally religious one. In between their musings on the American legal order, professors pen sprawling apologetics for classical pantheism, while others offer up biblical reflections in the pages of the school’s flagship law review. A longstanding “Book of Job” course, which ponders the fundamental nature of justice, is a popular fixture. The spirituality that emerges in this environment, though, almost always eschews the language of traditional faith: it remains perpetually inchoate, a kind of intuition of ultimacy that denies the creed of eliminative materialism but remains aloof from dogmatic formulations.

Yale law and humanities professor Paul Kahn’s haunting memoir Testimony reflects this particular theological sensibility. And surprisingly enough, it is a sensibility that emerges in the midst of a smoldering family tragedy: his mother’s confession, during the waning years of her life, that she had had an affair several decades before. But where some men might forgive such a long-ago transgression, Kahn’s father— a PTSD-scarred World War II veteran, perpetually indignant at the injustices of the world, and a militant atheist opposed to religiosity on principle—simply could not. His father’s wrath never afterwards subsided, burning on through Kahn’s mother’s few remaining years and until his father’s death.

In recounting his father’s sins in bracing detail, Kahn chronicles not a life well-lived, but a life lived poorly. As such, Testimony might be described as the opposite of a eulogy—perhaps a dyslogy. And it is this harrowing history that provides the occasion for Kahn’s even more fundamental ponderings: throughout their odyssey of pain and regret, Kahn reflects, his secular parents remained spiritually adrift—altogether devoid of the theological resources, such as the principles of forgiveness and grace, that might have guided them to calmer waters. What if, Kahn wonders, the thoroughly secular life is unlivable in many of the ways that matter most?

For one thing, Kahn—like many critical observers of modernity, from Charles Taylor to Carl Trueman—is profoundly skeptical that the good life is one oriented toward unlimited self-expression. Kahn incisively notes the uncomfortable truth that the very act of confession is implicitly an assertion of the autonomous will: I did this. Unaccompanied by something like absolution, which would imply the existence of a harm and its healing; confession itself is simply a display of the ego. In Kahn’s telling, his mother’s confession and his father’s violent response—uprooted from any religious context that would have allowed for reconciliation—exemplified this failure.

Along similar lines, in perhaps the book’s most wrenching chapter, Kahn meditates at length on the abject horror of death in a secular age. Cut off from the ritual practices and language of generations past, what does one do in the presence of the dead? How does one dispose of ashes in a manner befitting the seriousness of the occasion? What metaphysics can genuinely unify mourners in an age where value commitments are matters of private choice? These questions lack ready answers.

For himself, Kahn embraces a (purportedly post-theistic) faith grounded in the subsisting givenness of love, which all of us are born into without our choice. “Years ago,” Kahn writes. “I heard a line of poetry while crossing the North Sea: ‘I am convinced concerning what abides.’ This captured my enduring sense of a meaningful universe. It is never far from my mind.” Analytic philosophers and scholastic theologians are unlikely to be satisfied with such an opaque characterization, but such a description of the divine is not unfamiliar to Christian philosophy. From a certain point of view, what Kahn describes sounds rather like a glimpse of transcendent Being, beyond the chaos and turbulence of finite becoming, in which the polarities of birth and death and grief can be reconciled. What if the God above all other gods is, in his essential being, that very same subsisting love?

Kahn, however, is open about his distaste for the rites and discourses associated with traditional faith. “I feel embarrassed,” Kahn admits, “even to suggest that, by my actions, I can call forth the sacred. It is not as easy as repeating certain words or motions.” Here, Kahn is perhaps too quick to collapse all liturgical practices into a kind of superstitious manipulation of the divine. Beyond that, though, his broad rejection of such disciplines is perhaps somewhat surprising given the broader considerations that animate his work. Private spirituality, after all, is not something that can be handed on to one’s children. But in the hoary old creedal formulations of the past, one finds the roots of a theological way of seeing, a way that may permit future generations to temper self-expression with sacrificial love, or to speak fitly of the solemnity of eternity and, in the Christian tradition, the resurrection of the dead. Rituals may feel lifeless sometimes, no doubt—but what if they are also the metaphysical anchoring points that Kahn so evidently longs for?

In the end, Testimony is not a book that ever becomes a comfortable or reassuring read. Nevertheless, it is a powerful one, venturing into territory—both personal and intellectual—that few authors dare to traverse. In excavating the furthest reaches of the post-religious imagination, Kahn seems to arrive, in the end, at something curiously familiar: a dawning apprehension, at the far end of secularity, of the Absolute Love in whom we live and move and have our being. One can ask for nothing more compelling than that. 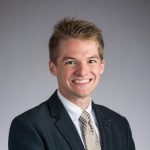 John Ehrett is editor-in-chief of Conciliar Post, an online publication dedicated to cultivating meaningful dialogue across Christian traditions. He is a graduate of Yale Law School, the Institute of Lutheran Theology, and Patrick Henry College.