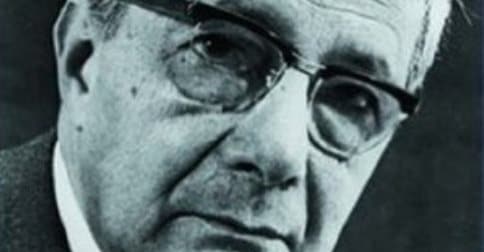 This week marked the anniversary of the death of philosopher Michael Polanyi, one of the most significant philosophers for understanding the roots of theology in the twenty-first century.

To mark the occasion, we offer the following introductory reading guide to his most significant works.

We’ve ordered this list in the order that we think the books should be read, and offered a brief explanation of why each book was included. We’ve also included excerpts of most the books via Google Books.

PERSONAL KNOWLEDGE is Polanyi’s masterpiece, and one of the most significant works of epistemology (the philosophy of knowing) from the twentieth century. In this book, he emphasizes that a knower does not stand apart from the universe, but participates personally within it. Our intellectual skills are driven by passionate commitments that motivate discovery and validation. According to Polanyi, a great scientist not only identifies patterns, but also chooses significant questions likely to lead to a successful resolution. Innovators risk their reputation by committing to a hypothesis. Polanyi cites the example of Copernicus, who declared that the Earth revolves around the Sun. He claims that Copernicus arrived at the Earth’s true relation to the Sun not as a consequence of following a method, but via “the greater intellectual satisfaction he derived from the celestial panorama as seen from the Sun instead of the Earth.” (adapted from WIkipedia)